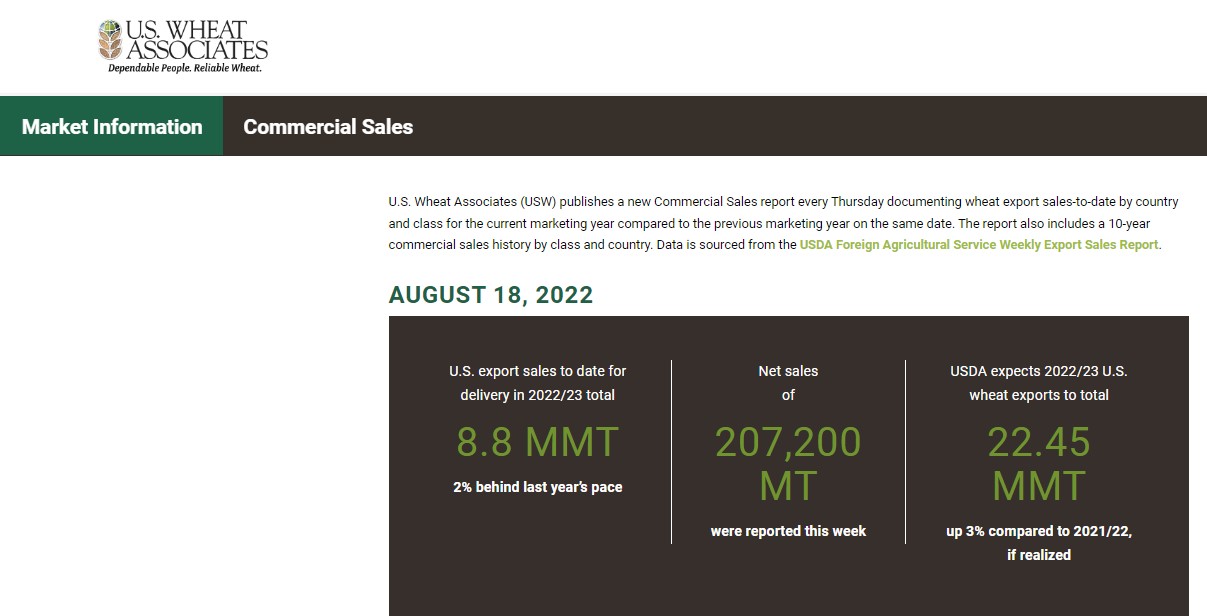 “As a result of unanticipated difficulties with the launch of the new Export Sales Reporting and Maintenance System, USDA’s Foreign Agricultural Service will temporarily revert to the legacy system while we work to fully resolve the issues with the new system. FAS will be unable to publish weekly export sales data on Thursday, Sept. 1 or Thursday, Sept. 8, but we expect to resume regular reporting on Thursday, Sept. 15.” Read more here.

Each week the USDA publishes weekly commercial export sales for various commodities, including wheat. The Foreign Agricultural Service (FAS) collects data from U.S. exporters on  commodity quantity, type, class, the shipment marketing year, and the destination country. Exporters are also expected to report alterations to prior data such as order cancellations and changes in destination.

For the benefit of overseas wheat buyers, U.S. Wheat Associates (USW) posts an updated Commercial Sales Report each week on the USW website, based on this USDA data. Each updated commercial sales report shows the top 20 markets for total U.S. wheat sales and a breakdown by wheat class and destination. 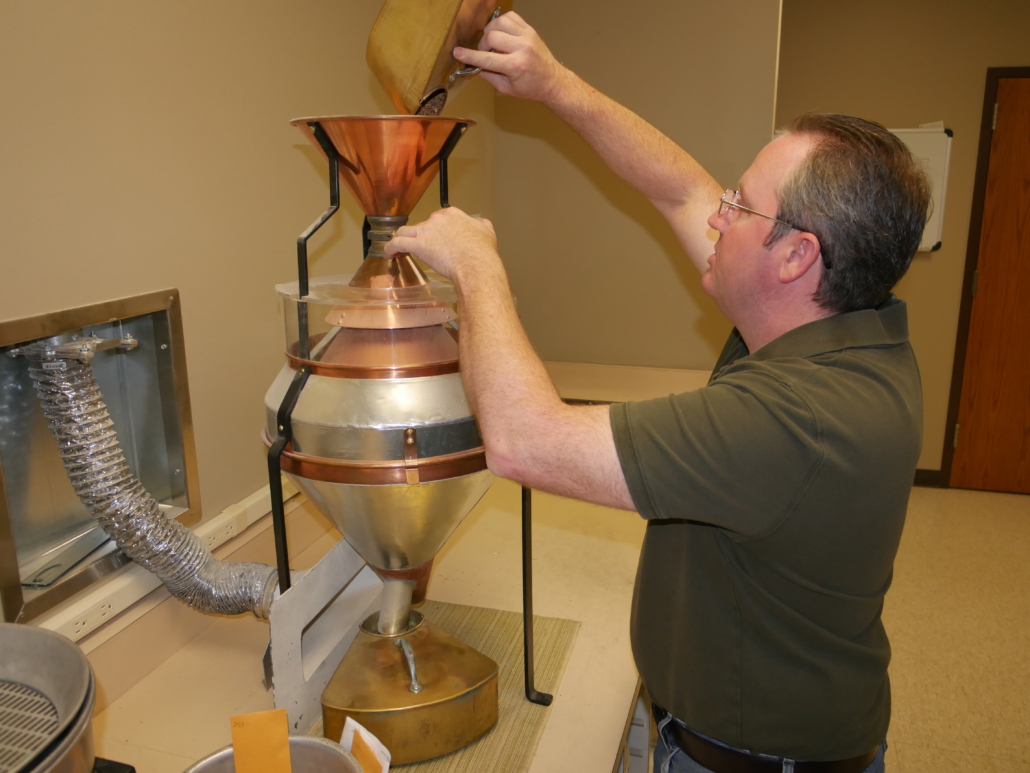 U.S. wheat commercial sales data is generated and reported by the Federal Grain Inspection Service as its teams inspect wheat and other grains before vessel loading. USDA publishes the data on Thursdays on a week delay.

Unfortunately, there was a disruption in the report last week. A new technical system was used to report export sales as usual on Thursday, Aug. 25. However, following the publication of the report, traders questioned the contents. The report was taken offline, and the contents were redacted. Reuters reported the redaction occurred after the commodities markets had already closed for the day.

In a statement, the government said it encountered “challenges that affected the physical dissemination of the export sales data as well as data quality.”

In explaining the report’s significance, Reuters stated, “the export sales report, which has a week-long delay, is a key indicator for traders, input suppliers and farmers as it highlights recent demand for crops such as corn, soybeans, and wheat at a time of tight global supplies. It calculates the sales of U.S. commodity goods to international customers such as China and Mexico.”

Commercial sales as a percentage of export forecasts can help exporters and buyers understand the supply and outline the general market for a given product. Highlighting the significance of the data reported, Reuters described the weekly commercial sales report as a “gold standard.” In fact, early U.S. wheat leaders fought through the battle of the “Great Grain Robbery” by the Soviet Union and advocated for more transparency and information from USDA to help farmers and their overseas customers that helped lead to weekly commercial sales reports in 1976. The USDA also forecasts annual commodity exports in the World Agricultural Supply and Demand Estimates (WASDE) report.

USDA Commercial Sales data 9above from Aug. 18, 2022) is needed to help understand market movements. USW expands and reports that data each week as it is released from USDA.

The USDA is addressing he technical issues now, and as of Aug. 30, the export reporting system was still down.

USW will continue to report commercial sales but only with data that we know to be accurate.