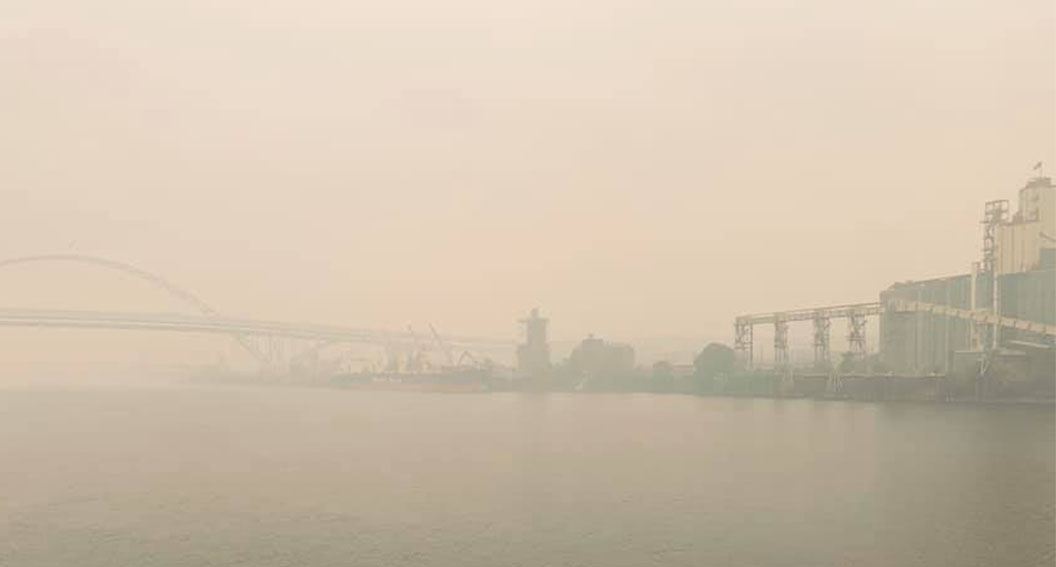 For the past several days, many wildfires across the western United States have left devastating damage and loss of life. Across the Pacific Northwest. Unusually high winds on Sept. 7 dramatically expanded the fires in Washington state and Oregon. While many of the fires have been contained, the smoke has caused dangerously high levels of air pollution over the entire region.

Despite the choking smoke and destructive force of the blazes, damage to the U.S. wheat crop and infrastructure has been limited. Export facilities and wheat export logistics are still operating as usual. The export facilities in the Columbia River system continue to operate normally and without delay. 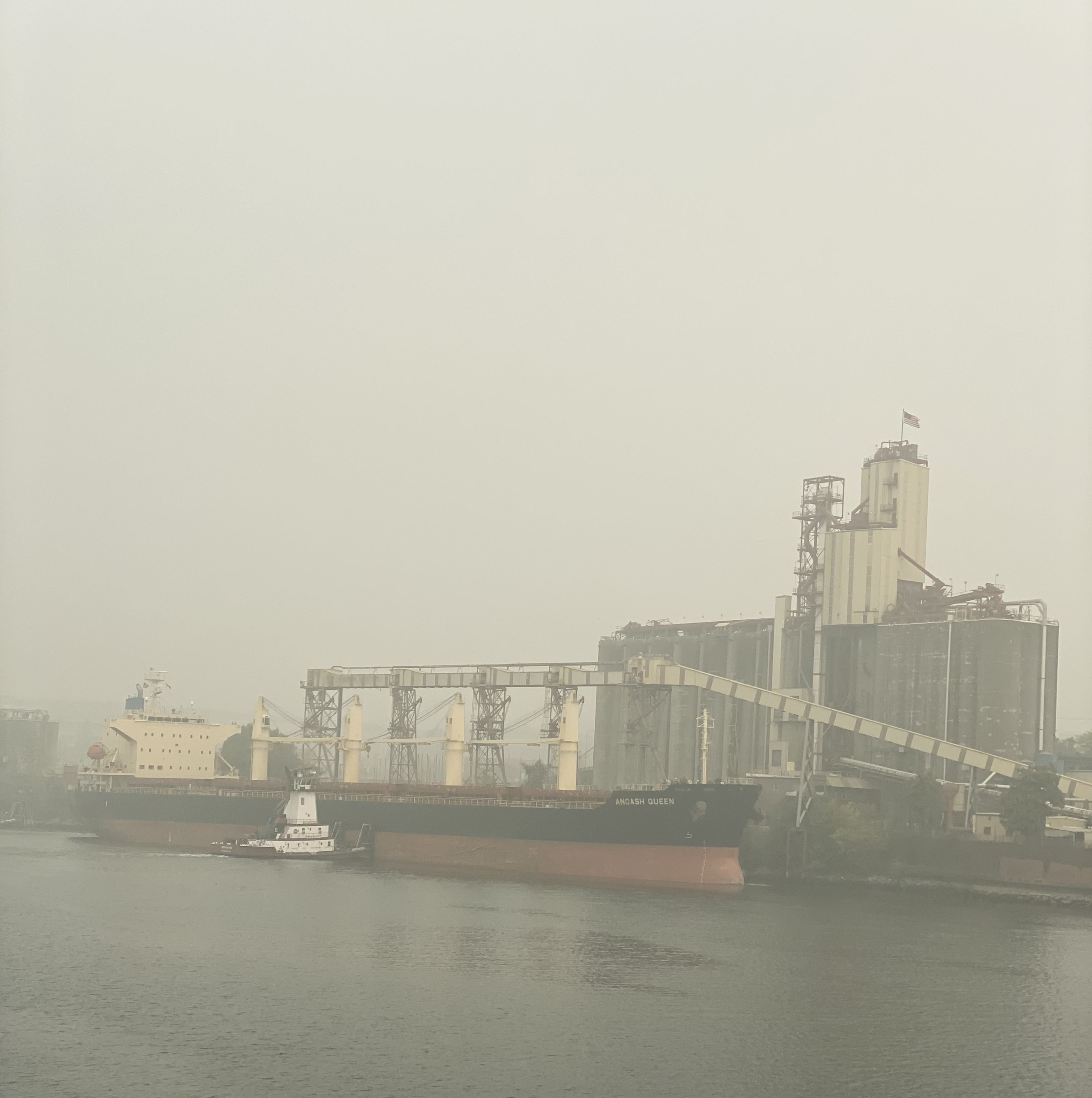 Smoke from massive wildfires obscures the familiar view of a vessel being loaded across the Willamette River from USW’s West Coast Office in Portland, Ore.

While there were no delays in vessel loading, sadly, fires in Eastern Washington state ignited recently harvested wheat piles next to the Pine City Grain Elevator south of Spokane. Rural communities in both Washington and Oregon have been heavily impacted. Some wheat fields in both Oregon and Washington received some low-level fire damage but much of the crop was already harvested. Far worse, the fires have killed many people.

Low visibility has caused barges to limit the amount of wheat they can carry west to Portland, but the barge companies are accustomed to such hazards as limited visibility caused by fog is common in the Pacific Northwest.

Smoke is expected to continue expanding east across the continent with haze reported as far east as New York, N.Y., and the Arlington, Va., headquarters of U.S. Wheat Associates (USW) nearly 3,000 miles away.

Everyone at USW shares concerns about the people who grow and deliver U.S. wheat and our colleagues in the Pacific Northwest. A change in the weather pattern that will help end this natural disaster is very much needed.

Photo at top by Bongil Lee.