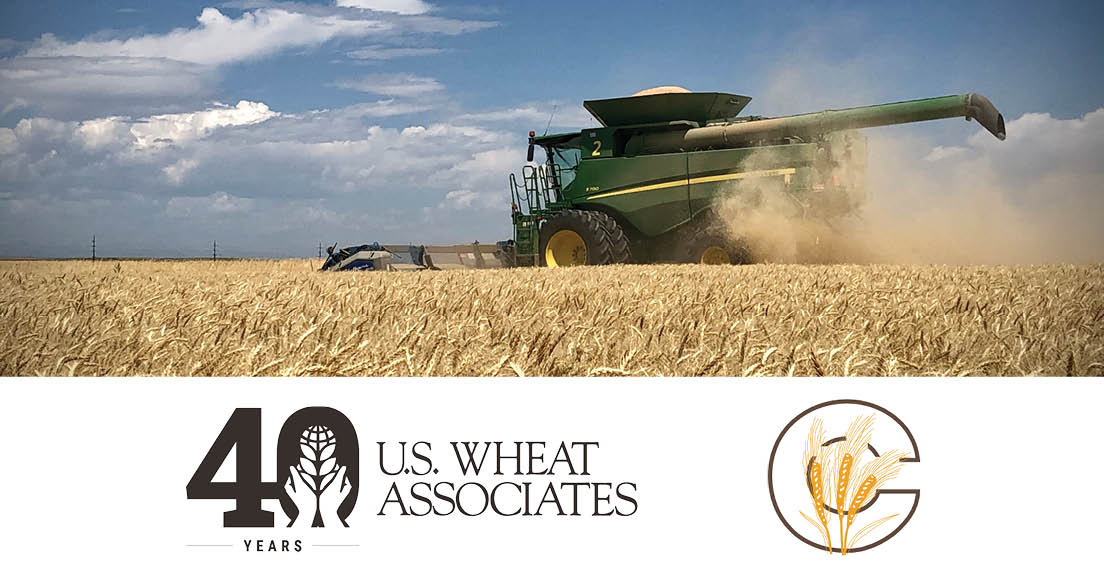 The Centennial State has a proud history of wheat farming that goes back to the state’s formation in 1876. Despite the rough topography and arid climate that Colorado is famous for, wheat is grown in more than 40 of its 64 counties, with more than two million acres of wheat on average planted in Colorado each year. The Colorado Wheat Administrative Committee (CWAC) is a producer-elected board whose goal is to help wheat farmers in the state produce, develop, maintain and increase domestic and export sales, consumption and utilization of Colorado Wheat, while also supporting education, research and promotional programs. 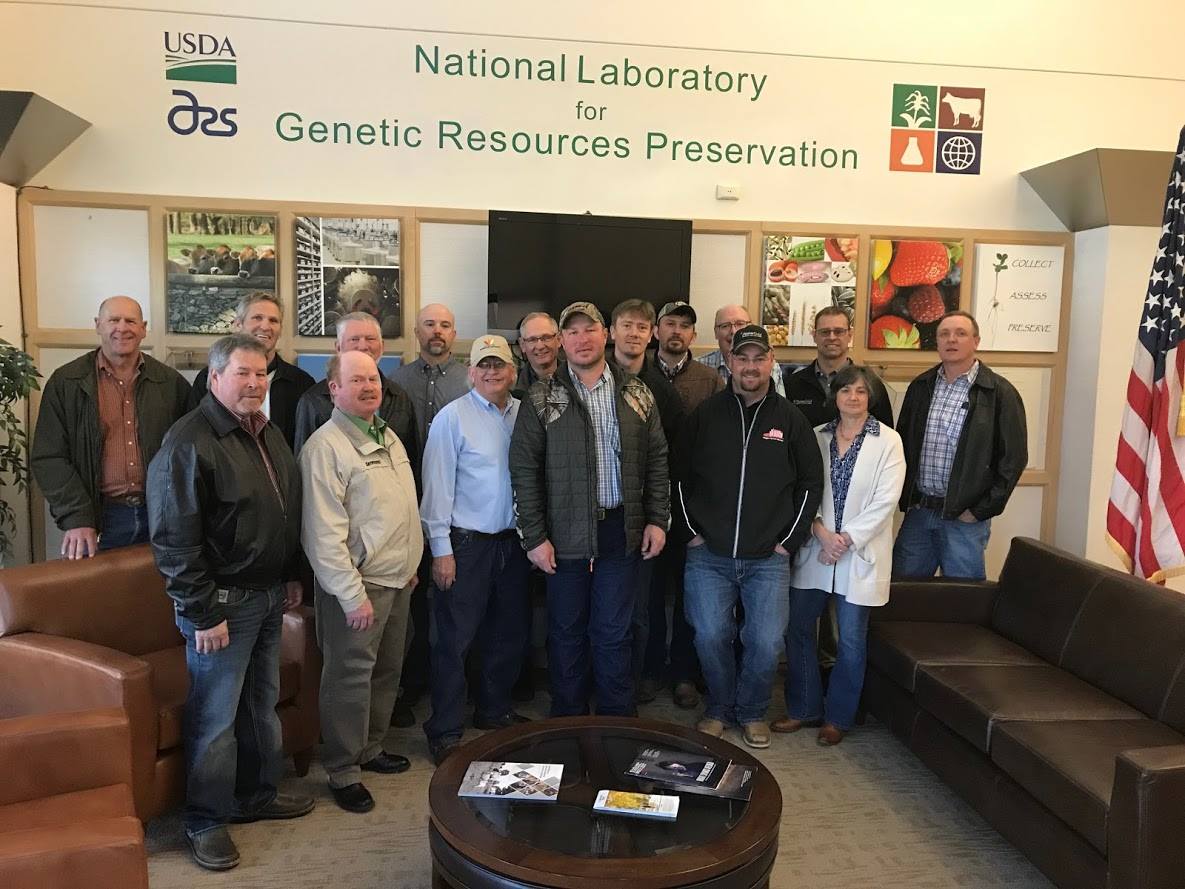 The Colorado Wheat Administrative Committee Board takes a picture before taking a tour of the National Laboratory for Genetic Resources Preservation in Fort Collins, CO.

Why is export market development important to Colorado wheat farmers and why do they continue to support USW and its activities?

Roughly 80 percent of Colorado’s wheat crop is exported, and as one of Colorado’s top ranked exports, it averages $234 million in value each year, second only to beef exports. Hard red winter (HRW) and hard white (HW) wheat produced in Colorado is sought after in many of the world’s major wheat markets, including Mexico, Japan, Southeast Asia and Africa. This makes developing overseas markets a top priority. Colorado wheat farmers are devoted to producing a high-quality product for millers and bakers around the world. They recognize the value brought by USW staff living and working in these areas, promoting the quality of Colorado and U.S. wheat to these competitive markets. 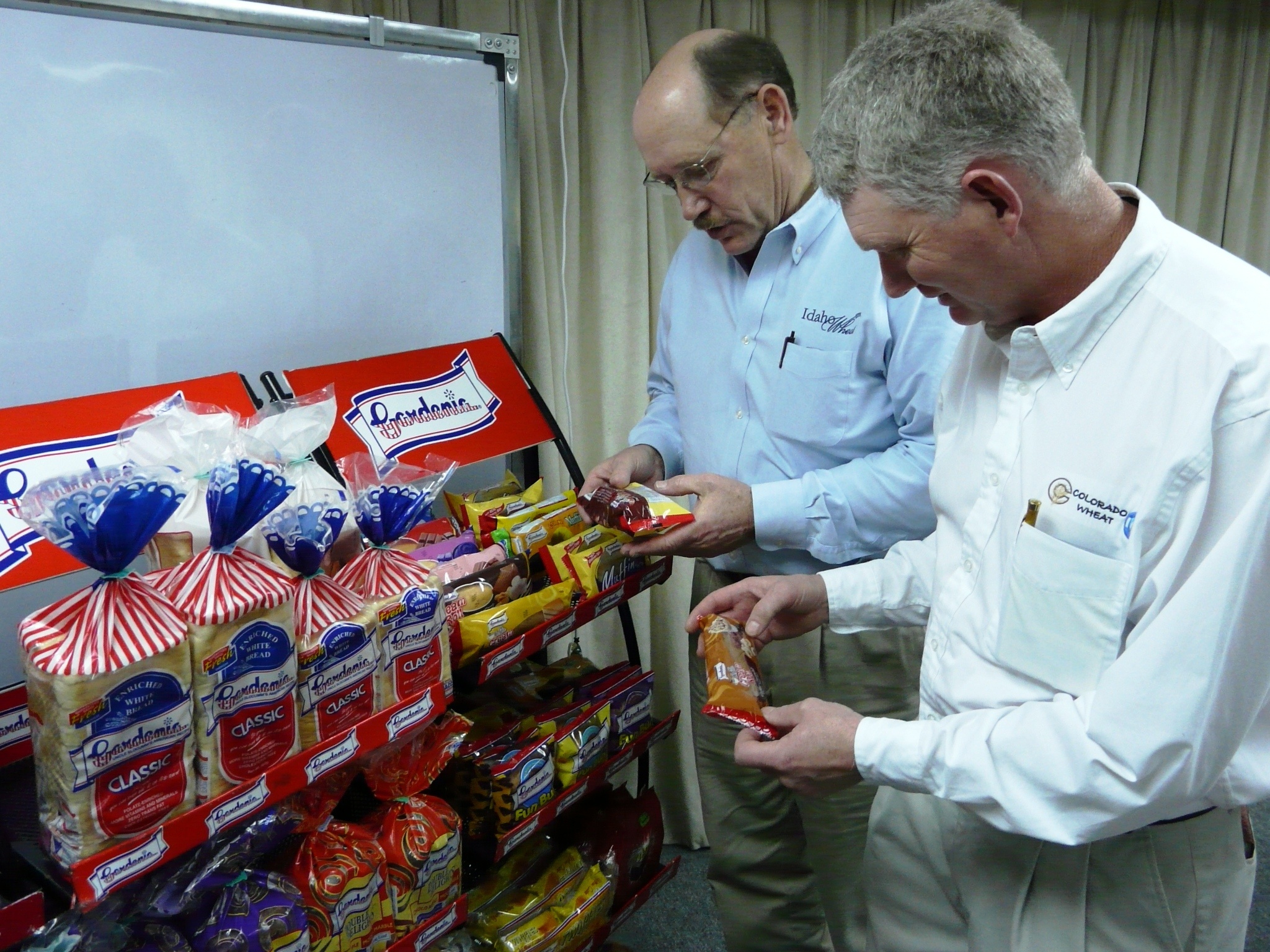 How have Colorado wheat farmers recently connected with overseas customers?

Over the years, Colorado has hosted several USW trade delegations and has also sent several of its board members overseas. In the last nine years, Colorado has focused more on funding improved quality characteristics in public varieties than on trade missions, but we have continued to connect with overseas customers through representation by the USW overseas offices and continued board member involvement at national meetings. Most recently, CWAC Executive Director Brad Erker, took part in a virtual crop quality seminar with Chilean flour millers. During the seminar, he discussed the production conditions and quality of the U.S. HRW crop.

What is happening lately in Colorado that overseas customers should know about?

Colorado wheat farmers help fund the public wheat breeding program at Colorado State University (CSU) through a two cent per bushel assessment. Thanks to the help from Colorado farmers, the CSU wheat breeding program has built a reputation for success. The program has focused on developing varieties that not only are adapted to Colorado’s unique growing conditions, but also have excellent end use quality to meet the needs of millers and bakers. Varieties developed help with common issues the Colorado wheat farmer often faces. The Colorado Wheat Research Foundation (CWRF) and CWAC funded development of the CoAXium Wheat Production System, which helps farmers control winter annual grassy weeds in their fields and reduce dockage factors. The CWRF is licensing the technology to other breeding partners to help the entire production system be more efficient. The foundation also helped develop HW varieties with low polyphenol oxidase (PPO), which reduces browning in baked goods, a benefit in whole grain applications. A lot of attention is now turning to development of semi-solid varieties that resist the wheat stem sawfly, an emerging and devastating pest. Better genetic resistance to wheat stem sawfly will help Colorado farmers continue producing some of the highest quality wheat for customers around the world. 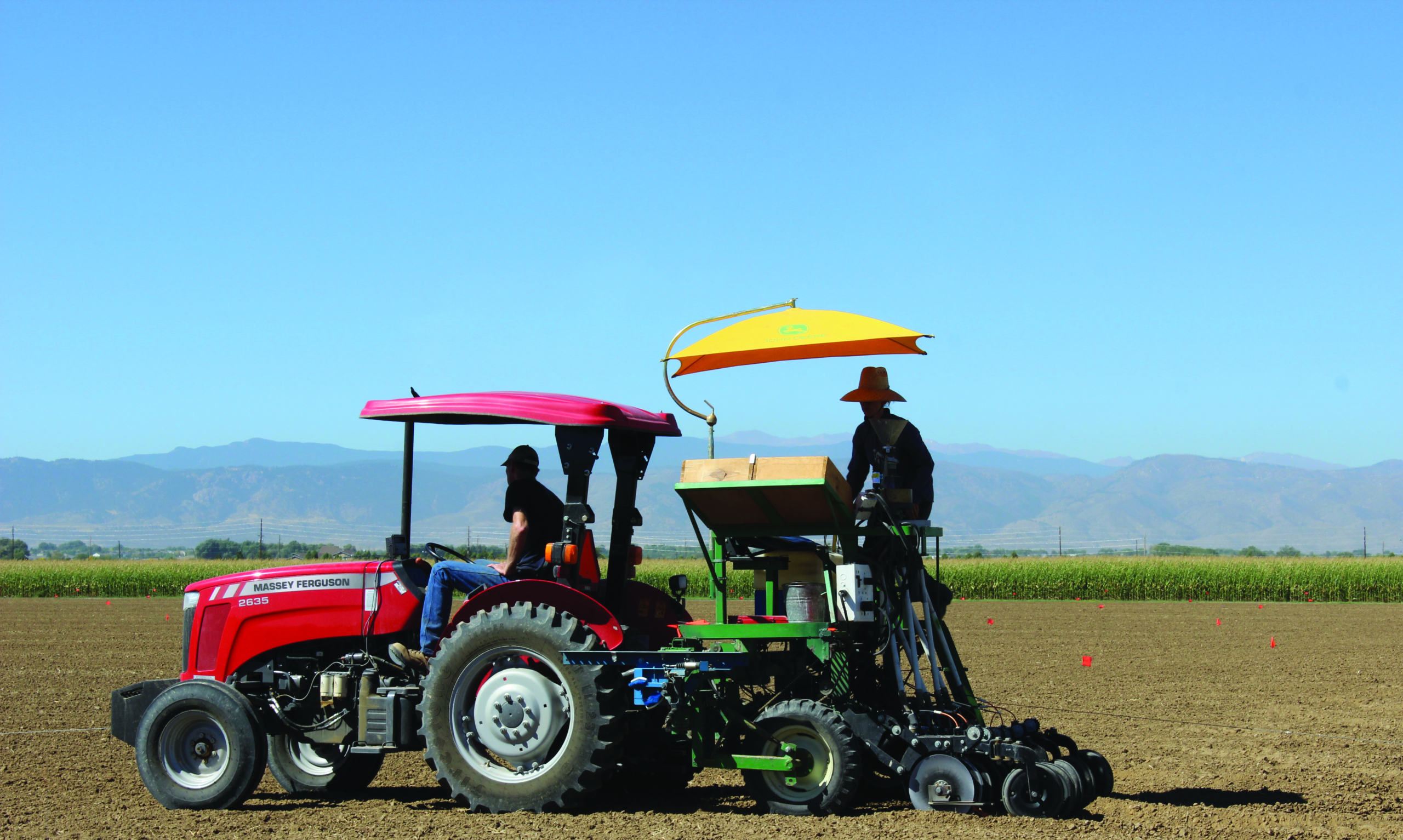 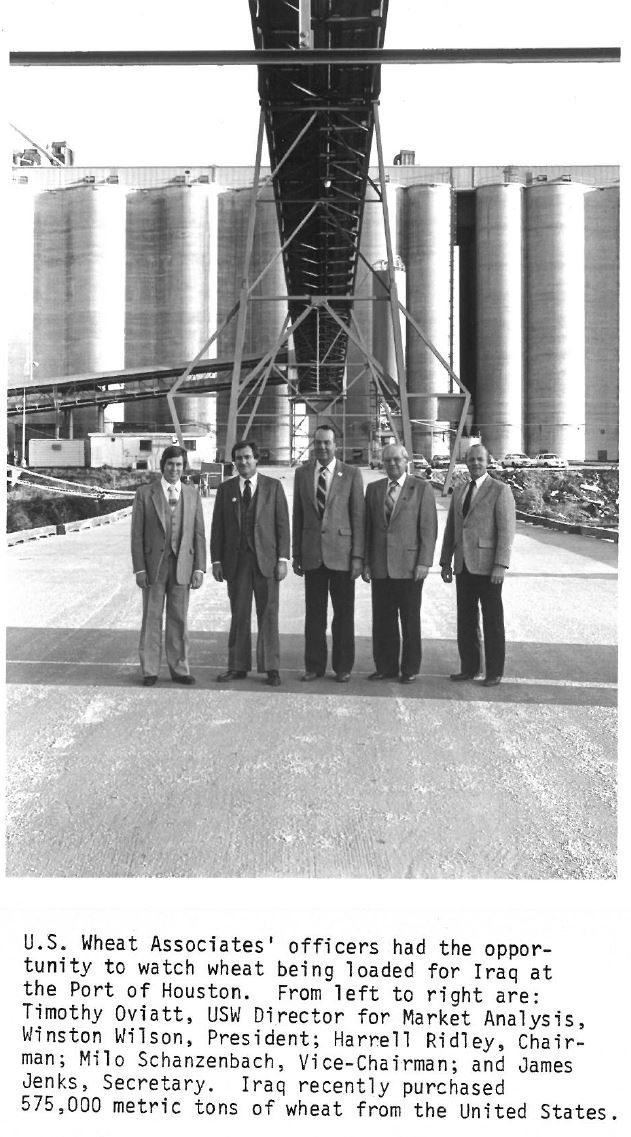 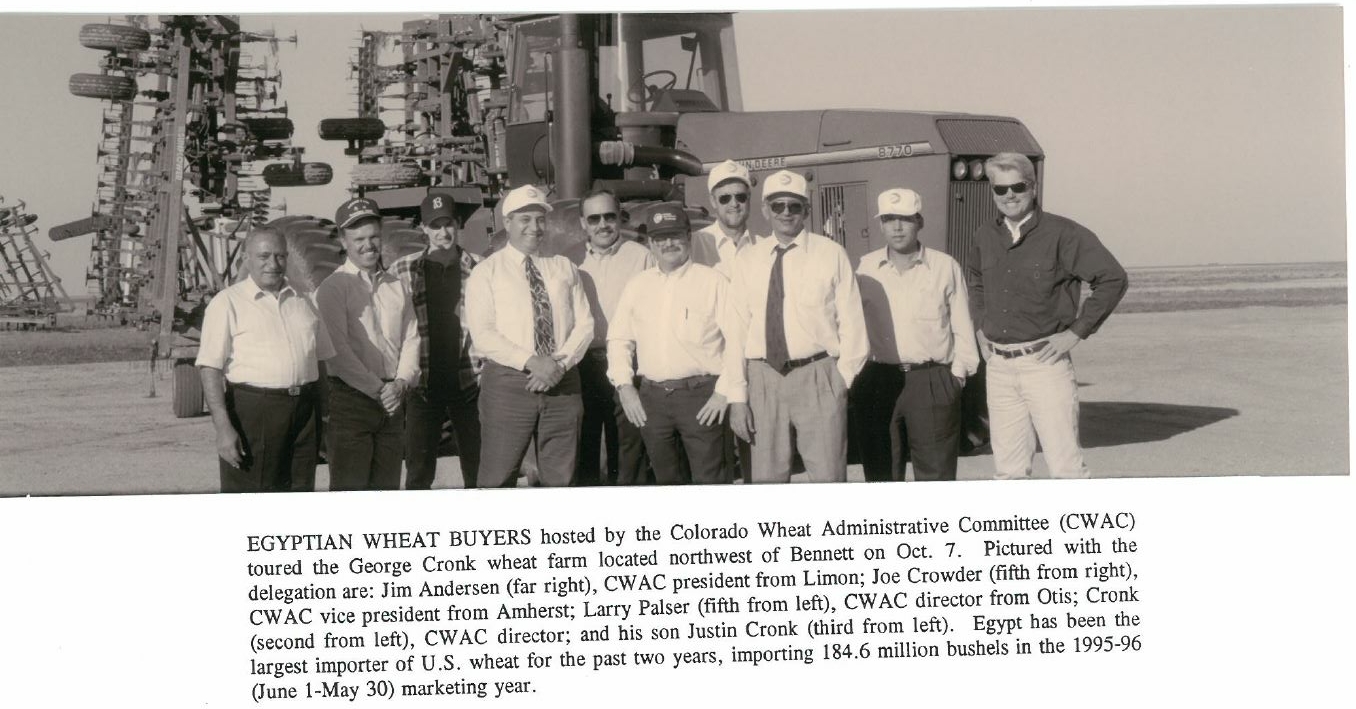