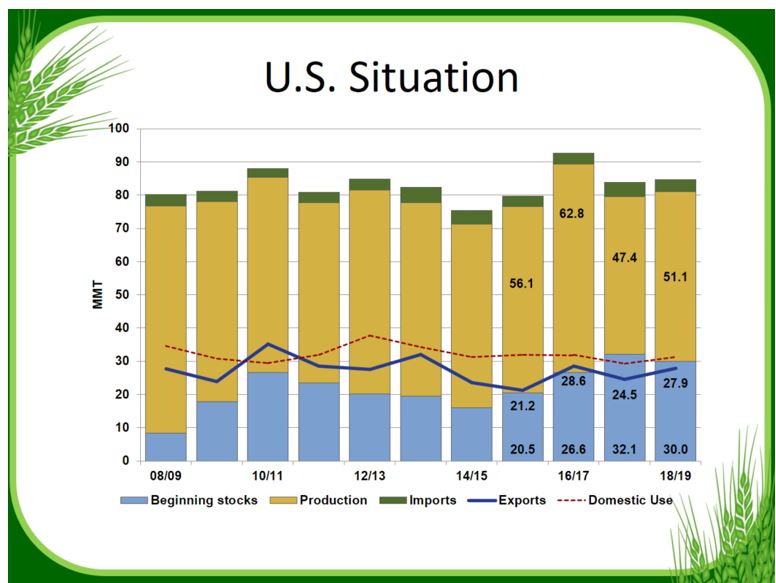 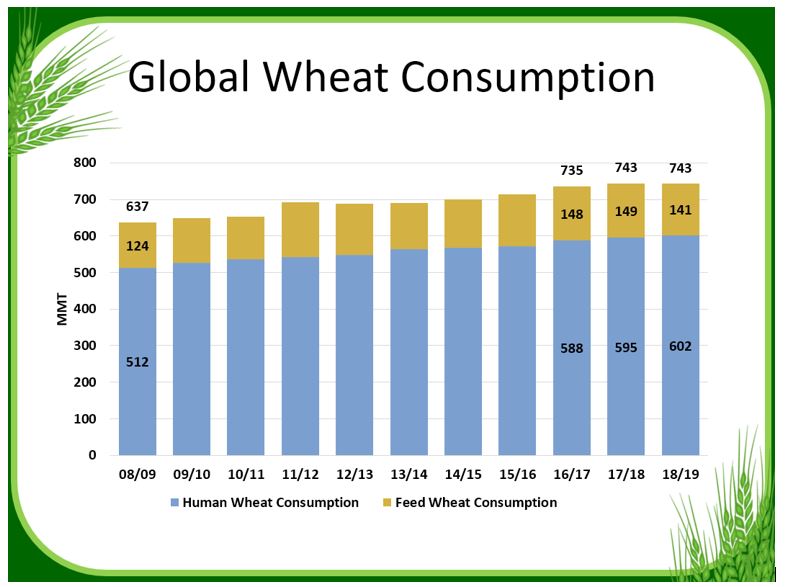 However, the global supply of milling wheat is expected to fall this year due to challenging growing and harvesting conditions that hurt both quality and yields in many of the major wheat exporting countries. USDA expects global wheat production to fall to the lowest level in 5 years at 734 MMT, down 4 percent from the record high of 763 MMT in 2017/18. If realized, it would be 1 percent below the 5-year average and the first-time global wheat consumption has exceed global wheat production since 2012/13. 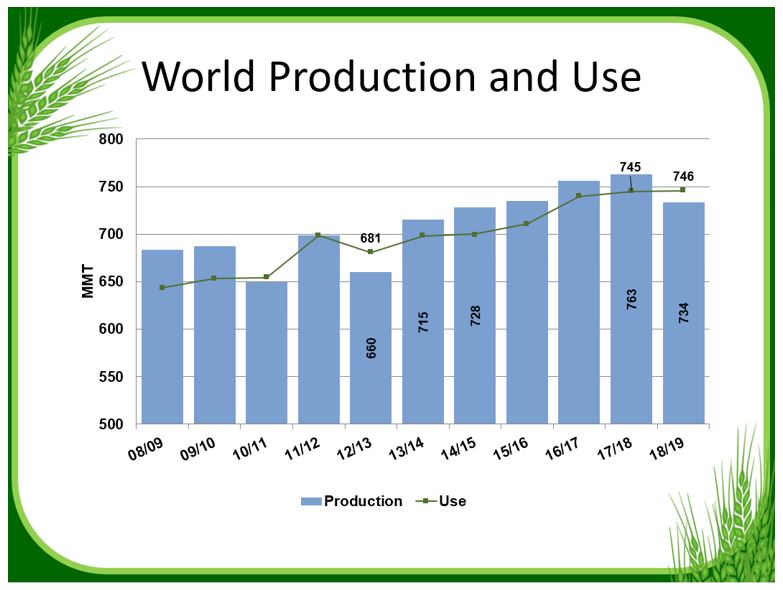 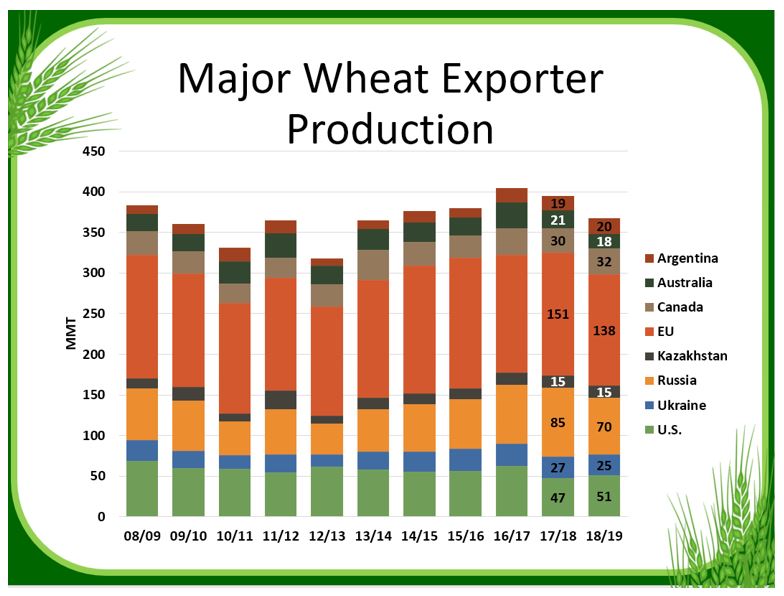 Australian wheat production is expected to fall 18 percent year over year to 17.5 MMT due to consecutive years of devastating drought in New South Wales and Queensland where Australian Prime Hard (APH) and Australia Hard (AH) production is centralized. Increased wheat production in Western Australia is expected to partially offset the decrease from the rest of the country. Australian wheat harvest typically occurs in December. USDA expects Australian exports to decrease to 11.5 MMT, 35 percent below the 5-year average and also the lowest level since 2007/08. 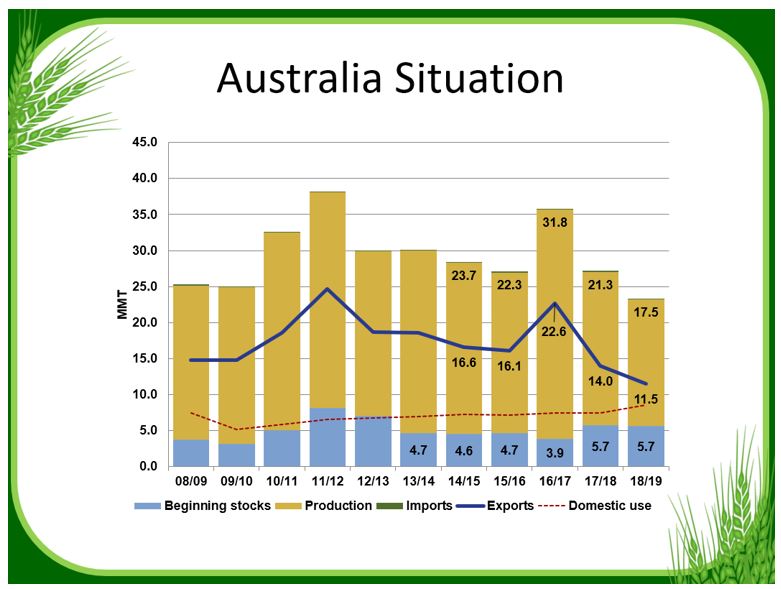 With exportable wheat supplies (production plus beginning stocks minus domestic consumption) decreasing in half of the world’s major exporters, USDA expects the United States to have the largest exportable supply of wheat in the world in 2018/19 at 49.9 MMT. 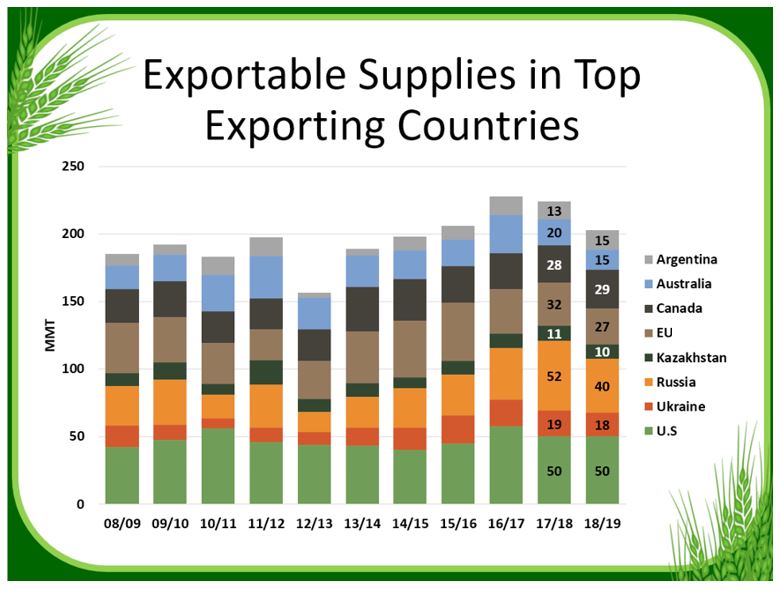 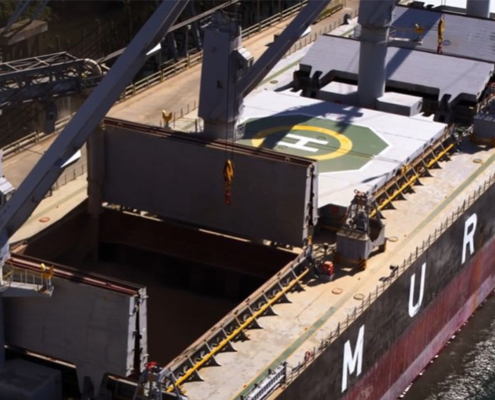