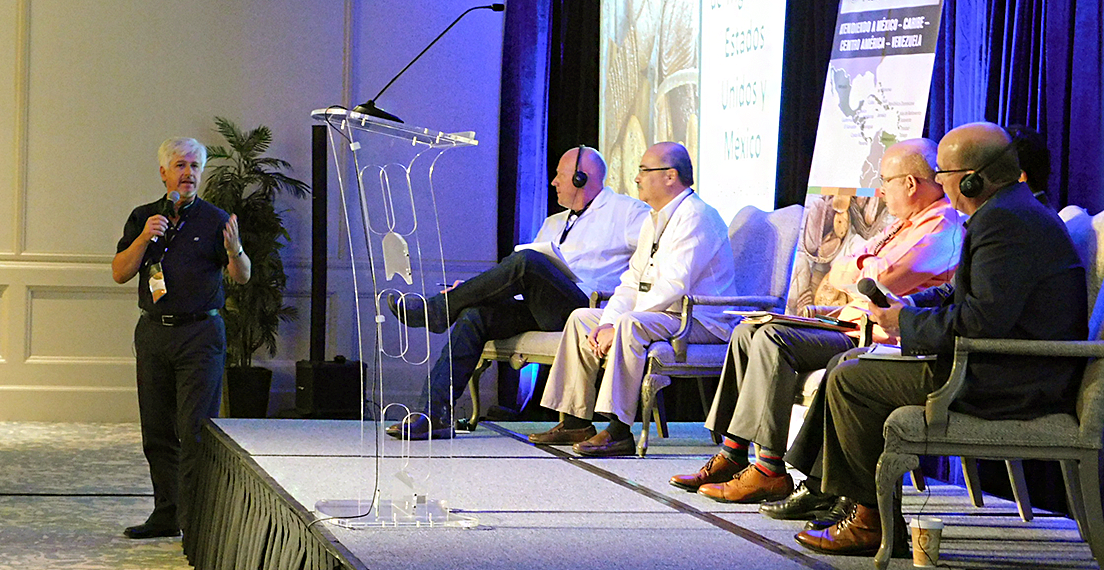 When U.S. Wheat Associates (USW) was planning to hold its 2019 Mexico Wheat Trade Conference June 2 to 4, 2019, no one anticipated that the threat of new tariffs on Mexican imports would come just two days before the meeting started.

“What we thought was an unfortunate coincidence turned out to be a fortunate opportunity to address the trade policy concerns face to face with our Mexican customers,” said USW President Vince Peterson. “Talking through the potential concerns that way allowed us to move on to talk about how we can work together to navigate the policy issues and increase the efficiency and value of Mexico’s U.S. wheat purchases. We found that our shared challenges bring us closer together.” 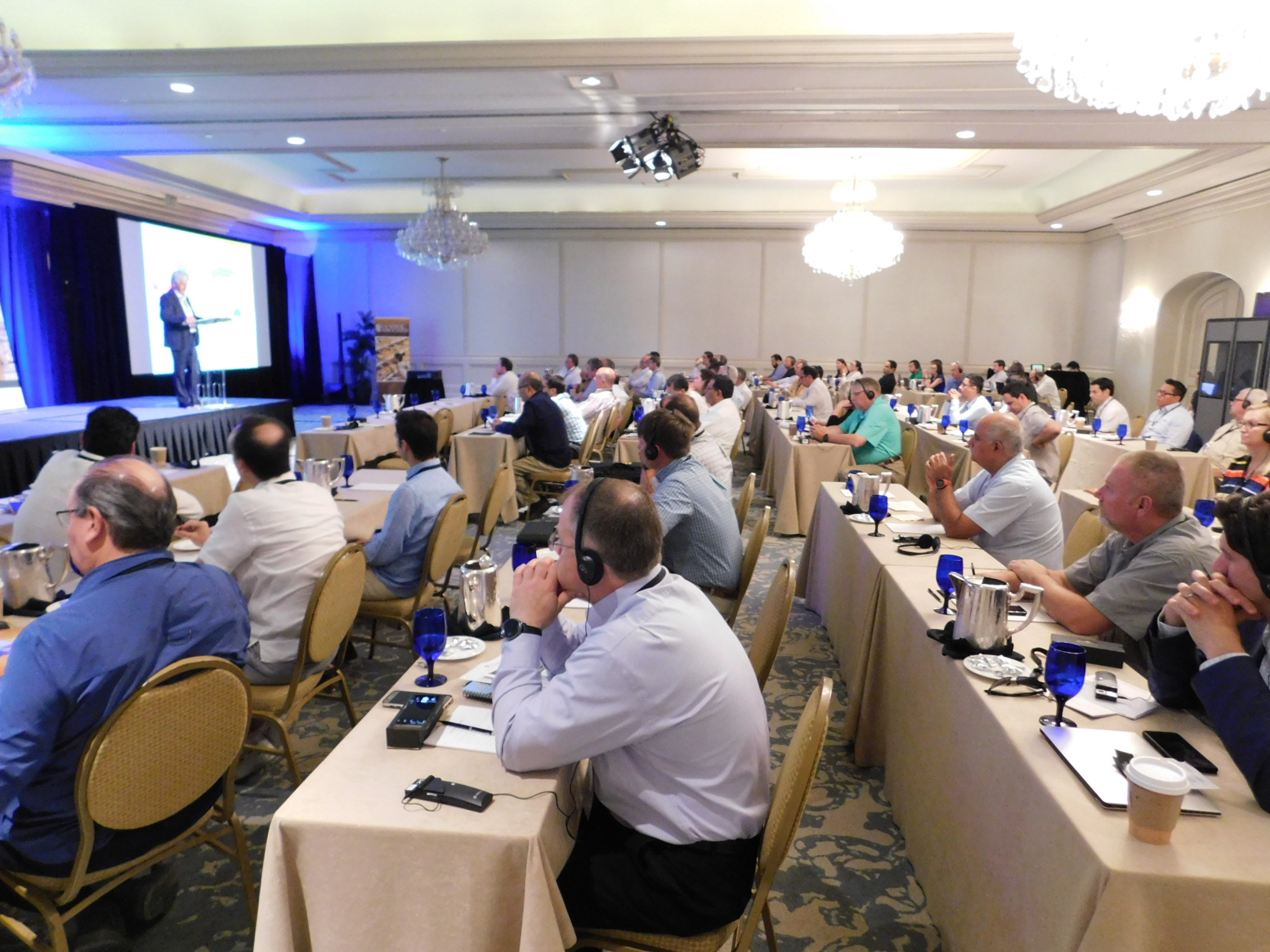 In the just ended marketing year 2018/19, Mexican flour millers imported more U.S. wheat than any other country. The flour millers that attended the conference in Cancún represented about 80% of the 3.3 million metric tons (MMT) total 2018/19 commercial sales to Mexico reported by USDA as of May 30. USW Chairman Chris Kolstad, a wheat farmer from Ledger, Mont., thanked the millers for this and past business, and assured them that “USW and the National Association of Wheat Growers will do everything in our power to ensure that the USMCA Agreement on Trade is approved.”

Kolstad said the North American Free Trade Agreement (NAFTA) served both countries well and the United States-Mexico-Canada Agreement (USMCA) will continue to benefit the three countries with increased trade and new economic opportunity. His focus set the stage for insight from other conference speakers into why approval of USMCA is so important. They all agreed that the agreement will be implemented — but they do not know when it will happen. “NAFTA has integrated the U.S. and Mexican economies steadily over 30 years,” said speaker Juan Carlos Baker, who served on the Mexican government’s USMCA negotiating team and now is a private trade consultant in Mexico. “But recently, the negative voices about NAFTA and USMCA have been the loudest. We must tell the positive stories about our trade benefits and the USMCA. I believe we will have a new agreement and will be able to continue trade, but how open it will be is up to us to determine.”

José Luis Fuente, President of Camara Nacional de LA Industria Molinera de Trigo (CANIMOLT), offered an inspired appeal to work together to tell officials in both countries that export opportunities must be improved, not restricted. 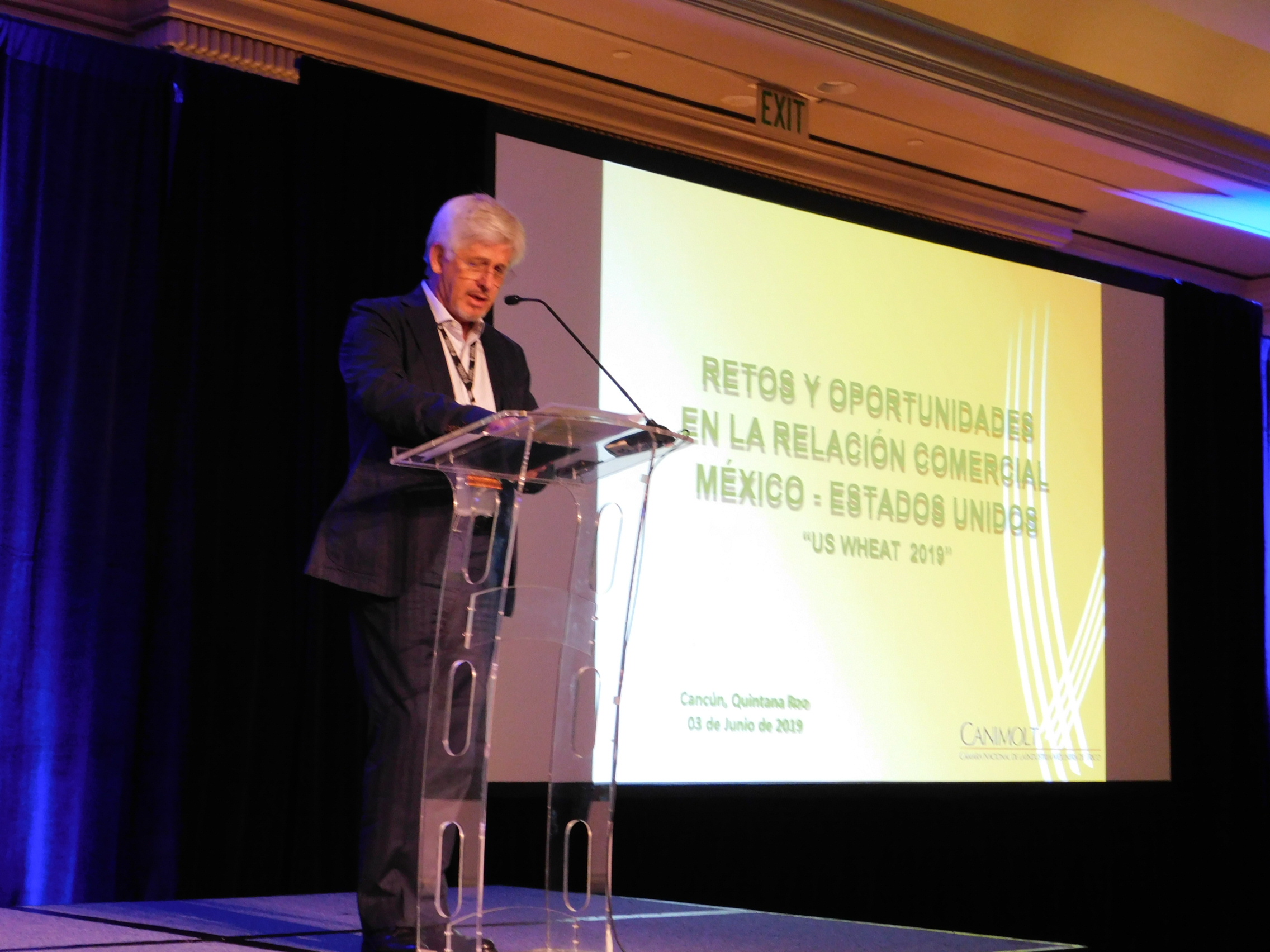 “We know that U.S. wheat farmers and U.S. Wheat Associates have done many things to tell this story,” Mr. Fuente said. “We have a partnership based on affection that is backed by actions. But actions are more needed now in this unusual trade environment.” 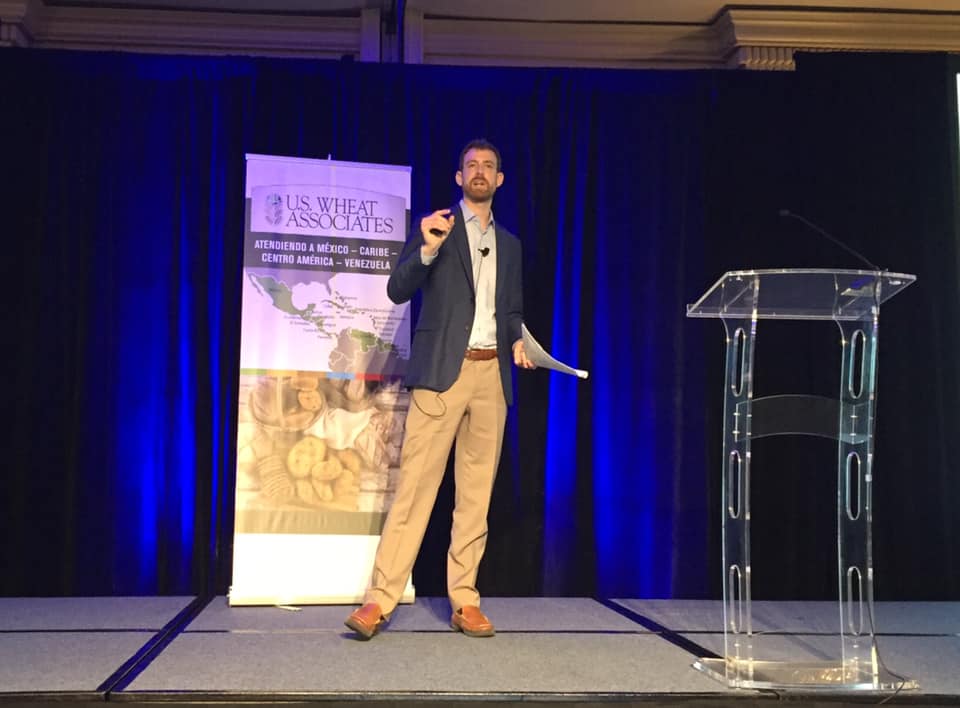 “It is very important to consider locking in prices with futures,” Damiani said. “I am a speculator who bets on how the market will move. That is a risky activity. But I believe that as wheat buyers, if you are not hedging you are speculating.” 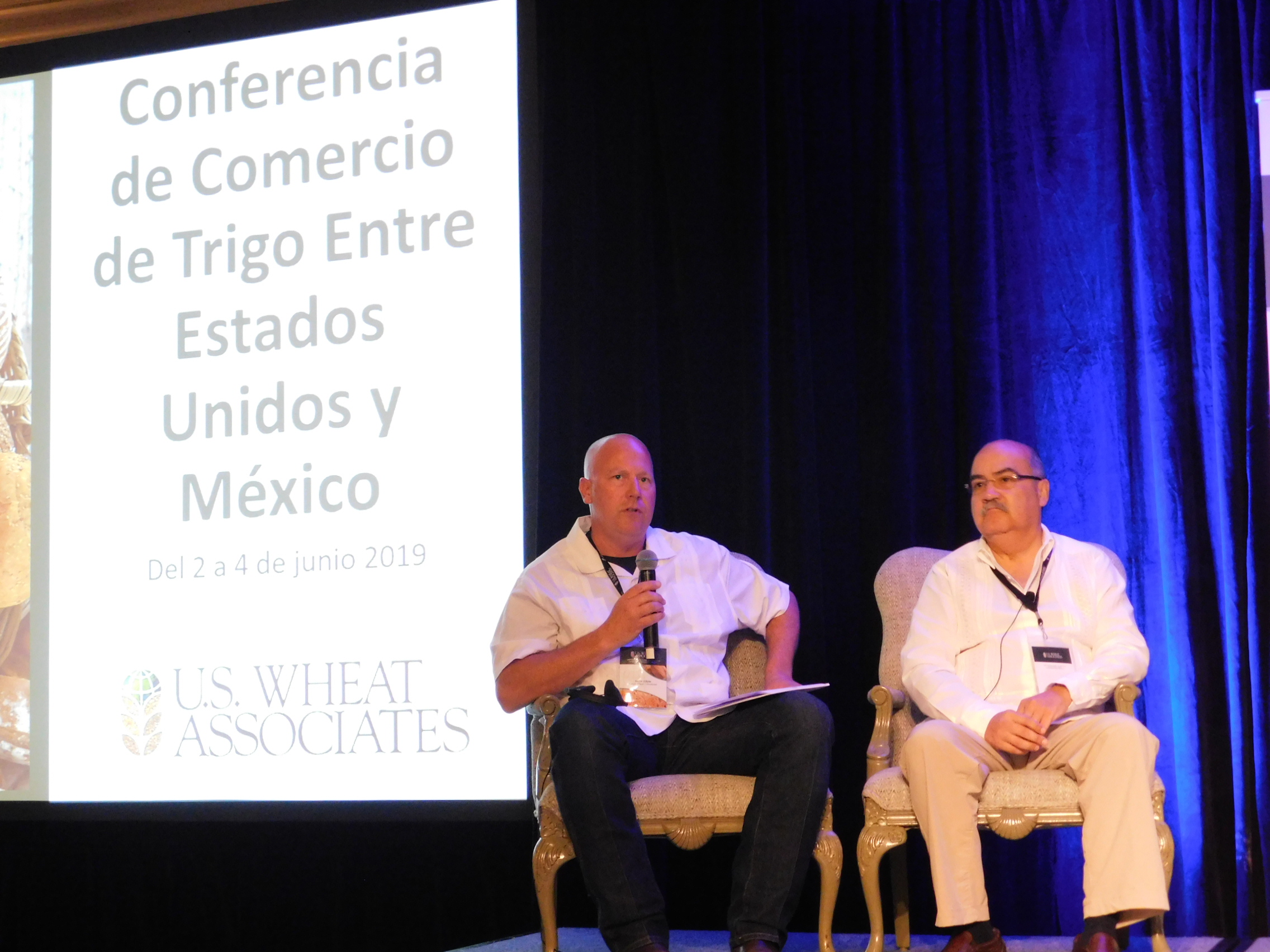 With so many logistical options for delivering wheat to Mexico, USW Regional Vice President Mitch Skalicky and his colleagues based in Mexico City who planned the conference emphasized commercial rail issues and opportunities in the program. A panel discussion on optimizing rail shipments and minimizing additional expenses included the President of Kansas City Southern Railroad-Mexico, and the Executive Vice President of Sales for Ferromex (Mexico’s national rail system). These two private sector companies are the principal railroads who operate Mexico’s rail lines through long term concessions that they have with the Government of Mexico. Representatives from the Mexican government and U.S. wheat grower organizations were also included on the panel. Gabriel Letona of Advan Sea in Panama City, Panama, also discussed the comparative advantages of FOB and CIF ocean freight contracting.

Presentations on contracting to receive U.S. wheat of superior value and how the U.S. farmer co-operative system has evolved as a major source of efficiently delivered wheat and grain exports rounded out what participants deemed as a very welcome and successful conference. 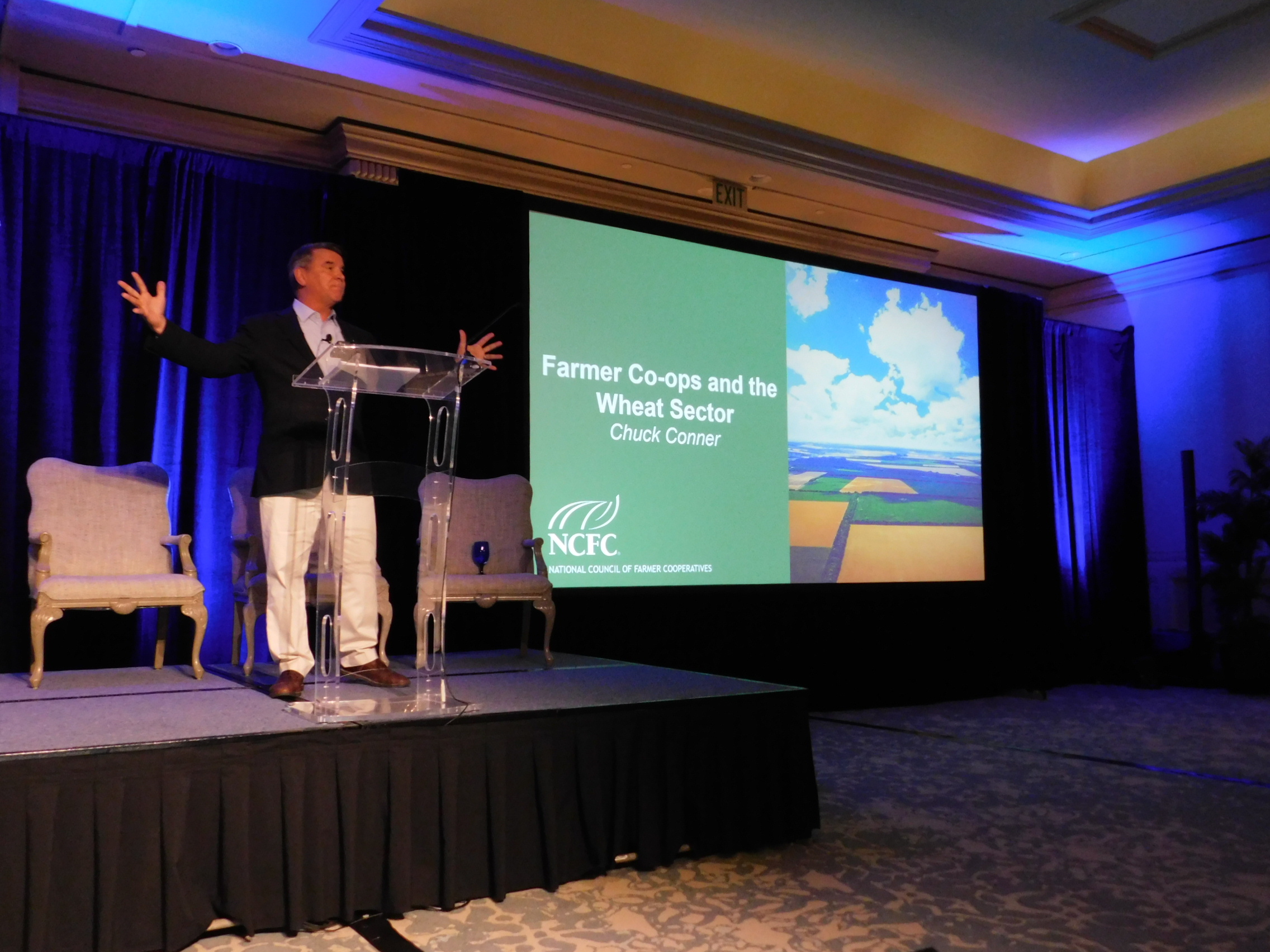 “We have 14 farmers here from 13 different states and U.S. Wheat Associates staff from 3 offices to show you that we take your business seriously,” Chris Kolstad told the millers. Those farmers, state commission members and USW, he added, “are all united in our desire and goal to earn your full trust in the United States as your primary source of imported wheat.”