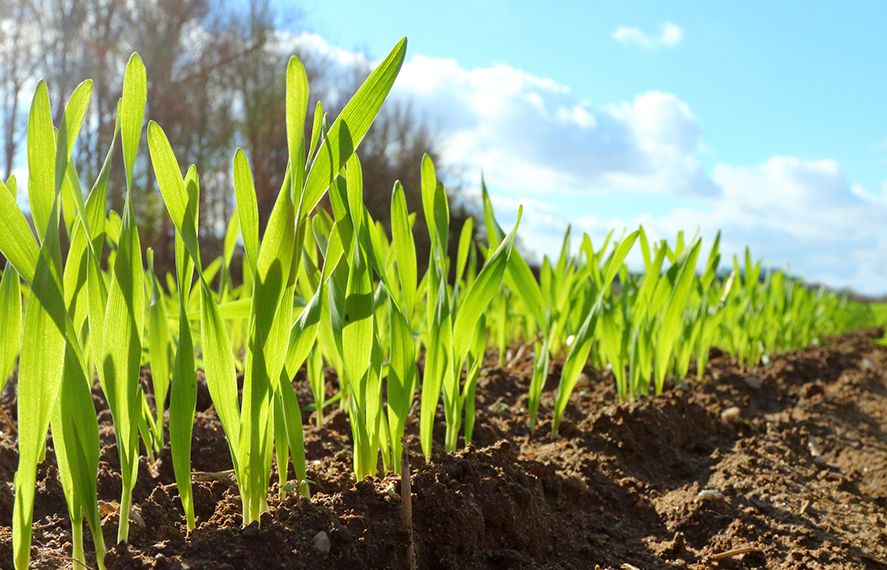 The U.S. Department of Agriculture (USDA) as of Sunday, June 5, reported spring wheat planting at 82% complete, 15-points below the 5-year average of 97% and below analysts’ expectations of 86%. Spring wheat planting was up just 9-points from the week before, dragged down by slow progress in North Dakota and Minnesota. Idaho, Montana, South Dakota, and Washington planting were much further along averaging 98% planted, slightly ahead of the 5-year average.

Farmers in the upper Great Plains are likely disappointed at mother nature’s refusal to cooperate. After dry conditions in 2021, hard red spring (HRS) wheat production was down 44% compared to 2020. Planting conditions remained dry until late spring when heavy snow, persistent rain, and spring flooding made planting difficult due to the excess moisture. 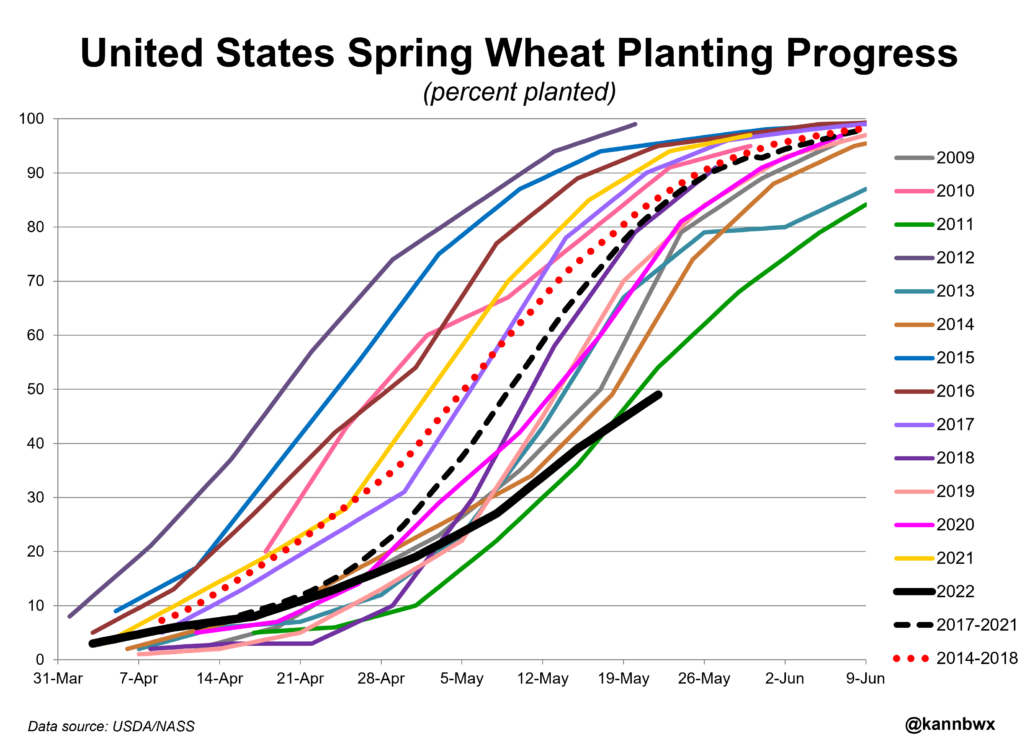 Planting Delay Perspective. This chart showing the percentage of U.S. spring wheat planting progress for the past several years showed planting in 2022 (thick black line) was far behind as of mid-May. Farmers moved quickly when conditions allowed and as of June 6, planting progress stood at 82%. Source: USDA/NASS.

Saturated fields are hard to move heavy farming equipment in. The equipment can also compact soil and tear up fields. Additionally, crops can emerge unevenly, if at all, in soggy soil. In the eastern part of North Dakota, flooding along the Red River caused road conditions to become impassable impacting field access for farmers. Finally, farmers must consider the impact of delayed planting; when spring wheat is planted too late the crop can yield less.

North Dakota, the largest spring wheat producing state, reported 74% of the HRS crop planted, compared to 59% the week before and 23-points below the 5-year average of 97%. Rain the last weekend in May delayed planting for some producers. Across the state, conditions differ, according to the most recent North Dakota Wheat Commission update some farmers have finished planting while others are less than halfway done. Some fields remain too wet to plant and more rain is in the forecast this week. Planting past this week is not ideal the commission notes but farmers are doing as much as they can to get their crop in the ground.

The USDA reported Minnesota at 65% planted for the week of June 6, 33-points behind the 5-year average of 98%. Farmers in Minnesota made significant progress between the weeks of May 22 and May 29 when HRS planting went from 11% to 53%, an impressive jump that shows what can be done in good weather conditions. Still, Minnesota farmers have much progress to make in the days ahead to get their wheat in the ground.

Conditions are not much different in Canada’s spring wheat production region. Dry weather last year also cut production while abundant rain this year is slowing planting progress. In Manitoba, the Canadian province adjacent to North Dakota, seeding progress was 40% for the week through May 31, compared to the 5-year average of 91%. Like North Dakota and Minnesota, Canadian farmers are dealing with saturated and flooded fields.