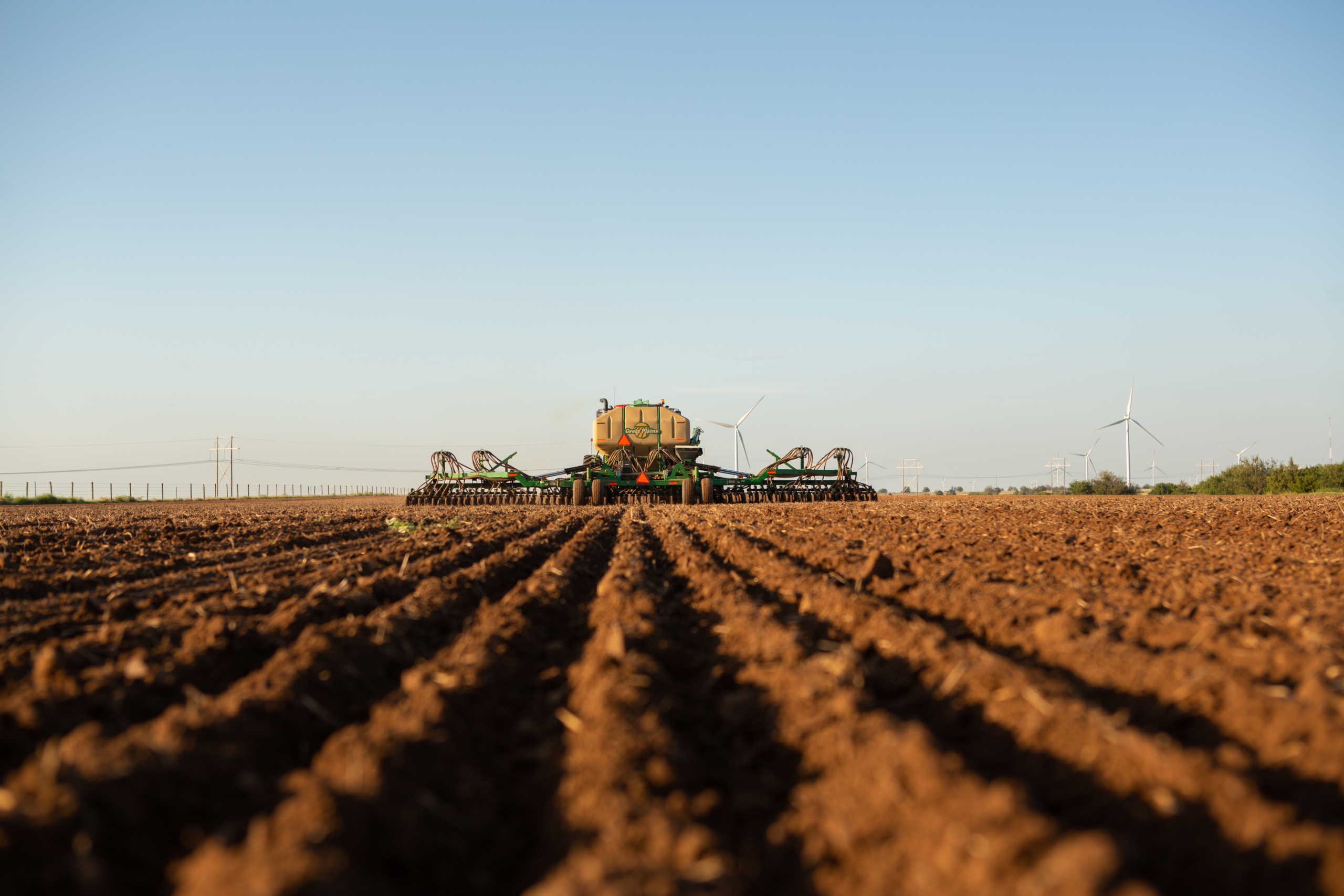 Editor’s Note: This article first appeared in October 2020 on the Nebraska Wheat Board section of www.nebraskawheat.com. It is reprinted with permission. Sarah reports that as a first time wheat farmer, her crop turned out very well with excellent yields and quality that matched wheat harvested in 2021 in her region of Nebraska.

Hey everyone, my name is Sarah and I serve as the Agriculture Promotion Coordinator for the Nebraska Wheat Board. I come from a farming background as my husband and our family raise corn and soybeans, cattle and hogs. After working for the wheat industry this past year, I finally talked my husband into planting some wheat this fall…except he decided wheat production should be my project!

Let it be known, I have an A+ record for being a good passenger in tractors during planting season, but I have never tackled that project on my own. This year, I will be in charge of all wheat production aspects from the day the seed goes in the ground to the last day of harvest. I am excited about this opportunity, and I know I have a lot of great wheat producers who will help me along each step of the way. 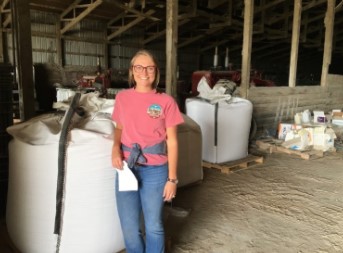 Sarah Ahrens took on wheat management on her family’s farm in Eastern Nebraska in 2020.

As part of my job with the Nebraska Wheat Board, I get to work with producers from all across the state. Mark Knobel is the District 6 director and is located in Fairbury and represents the eastern half of the state. When it came time to order our seed for the year, I reached out to a local Extension agent, Nathan Mueller, and Mark about the best varieties to use and best planting dates. Mark grows, treats and sells Certified Seed in Nebraska.

Certified seed meets the quality requirements set by Nebraska Seed Law and the Federal Seed Act and assures the buyer of obtaining reliable performance of the variety purchased. Once we determined the best variety to plant in our area, we worked with Mark to purchase the seed and have it delivered to our farm. Near the end of this summer, Nathan put together an image of the best planting dates in Nebraska based on temperature records and previous information. This year, our region’s planting date is set at October 10th, though having it in the ground a little before then is our ultimate goal. Nathan does a great job working with and educating producers in eastern Nebraska about wheat. To read more of his information, you can visit his website at: http://croptechcafe.org/winterwheat/.

After researching seed varieties and speaking with the experts, we decided to purchase two different varieties: LCS Valiant by Limagrain and SY Wolverine by Syngenta. Both of these varieties are well adapted to the eastern side of Nebraska where we receive an annual precipitation of 30 inches and they also have good resistance to Fusarium Head Blight (scab) which tends to be an issue in our area. Fusarium Head Blight reduces overall wheat yield and produces mycotoxins, a toxic substance produced by fungus, that impact both human and animal health. Producing the safest wheat is a top priority, so we are taking the appropriate steps to reduce disease in our wheat.

One of the varieties we are planting, LCS Valiant, though it is licensed and marketed by Limagrain, was actually developed at the University of Nebraska – Lincoln (UNL) by Dr. Stephen Baenziger [now retired]. Dr. Baenziger has been UNL’s small grains breeder for 34 years and has developed 44 wheat, 6 barley and 13 triticale varieties. The full research and development process from crossing lines to field trials and finally licensing the variety takes about 10 years. When a variety has been approved by the variety release committee, it is then licensed to either a state crop improvement association, certified seed grower or private company. 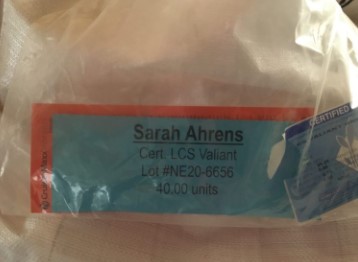 Sarah selected LCS Valiant variety of hard red winter wheat that was developed by the public breeding program at the University of Nebraska-Lincoln and licensed for marketing by Limagrain. though it is licensed to Limagrain company for commercial sale.

Husker Genetics is the foundation seed department of UNL that sells foundation soybeans, wheat, barley, triticale, sorghum, millet, proso millets, dry edible beans and grass seed to certified seed growers. Husker Genetics works with producers all across the state who are certified seed growers, to grow and process the seed each year.  Wheat is one of the leading products sold by Husker Genetics. University programs all across the country account for more than 40% of the wheat seed sold each year, which makes funding for these programs a top priority for entities such as the wheat commissions all across the U.S.

The Nebraska Wheat Board recognizes the importance of marketing the state’s wheat both internationally and domestically but also strives to invest a significant portion of its budget into research. UNL varieties account for over one-third of the wheat grown in the state. With new disease and insect issues, as well as continually improving drought tolerance and increasing yield and milling and baking qualities, it is important for research at UNL to be funded because it will most benefit the producer.

As I have learned over the past 11 months in my position, a lot of work is done before the seed even gets to the farmer. It gives me peace of mind to know that many of the varieties planted in Nebraska are developed and tried right here in our state and then the seed is grown and treated by local farmers themselves. There is a sense of security when you know that your crop has been developed and tested for your area specifically and there is data to back up its proven performance.

I am excited to try my hand at being a first time wheat farmer and understand the production practices that help grow a good wheat crop. I plan on using my farm trials as a part of our crop progress reports this upcoming spring and summer as well. I should give a big thank you to my husband for working with me through this process. He has agreed to teach me how to run all the equipment, help me understand application timing and why, and answer all of my questions to the best of his ability. I look forward to this new challenge and I am excited to see what I can gain from it.