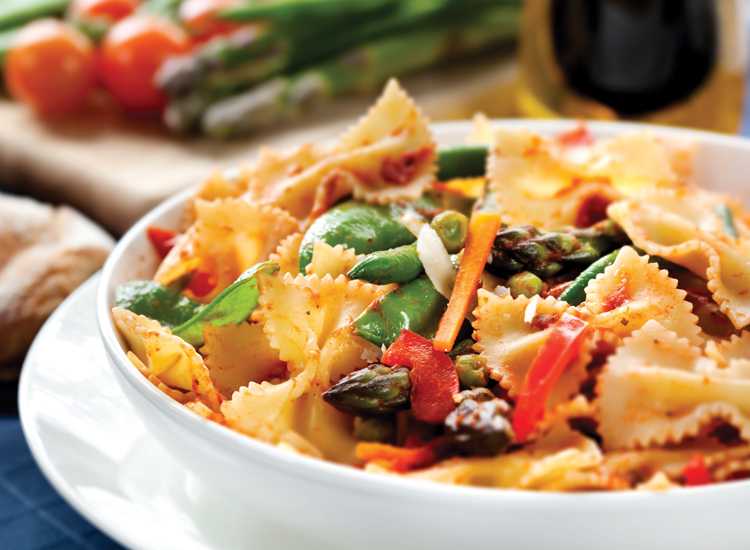 As reported in the USW Price Report, U.S. free-on-board (FOB) Great Lakes durum prices have slipped 4 percent since the beginning of marketing year 2016/17 to a range from $303 to $309 per metric ton (MT) on March 17. Over the same time, Canadian FOB St. Lawrence durum prices declined 10 percent year over year based on Agriculture and Agri-Food Canada (AAFC) data. 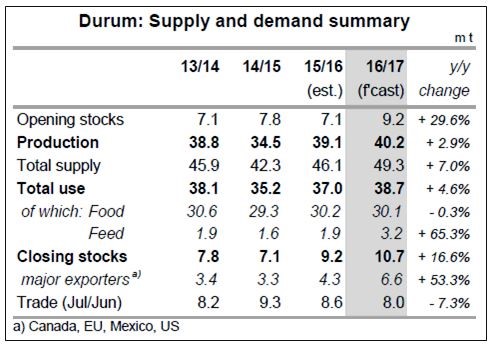 While there are eight major exporters of common wheat, there are just four major exporters of durum — Canada, the European Union (EU), Mexico and the United States — all of which are in the Northern Hemisphere and benefited from the wet spring and mild summer that boosted 2016/17 yields and supplies. These four exporters account for an average 95 percent of total global durum exports each year. Year over year, durum supply in the major exporting countries increased 19 percent to 49.3 MMT. IGC expects global durum ending stocks to total 10.7 MMT, 41 percent above the 5-year average.

Against this backdrop, farmers are making plans and, in some places, are beginning to sow durum in the Northern Hemisphere. Spring weather affects planting decisions, but early projections expect significantly lower durum planted area in 2017/18. Stratégie Grains expects reduced planted area and more normal yields will cut 2017/18 EU durum production by 9 percent year over year to 8.9 MMT. AAFC pegged Canadian durum production at 5.5 MMT, which would be down 29 percent year over year if realized. The reduction is based on an expected 20 percent decline in planted durum area and a projected 15 percent decrease in yield. Stratégie Grains forecasts 2017/18 Mexican durum production at 2.0 MMT, down an estimated 20 percent from 2016/17, if realized.

In the United States, durum farmers have a saying, “plant durum every year and sell every third year.” The soaring yields seen in marketing year 2016/17 put plenty of durum in storage, but provided little incentive to farmers to sell it. U.S. farmers see this as a time to wait for prices to rise, ensuring that regardless of final 2017/18 production volume, the U.S. store will remain open and able to supply the world market with high quality durum.