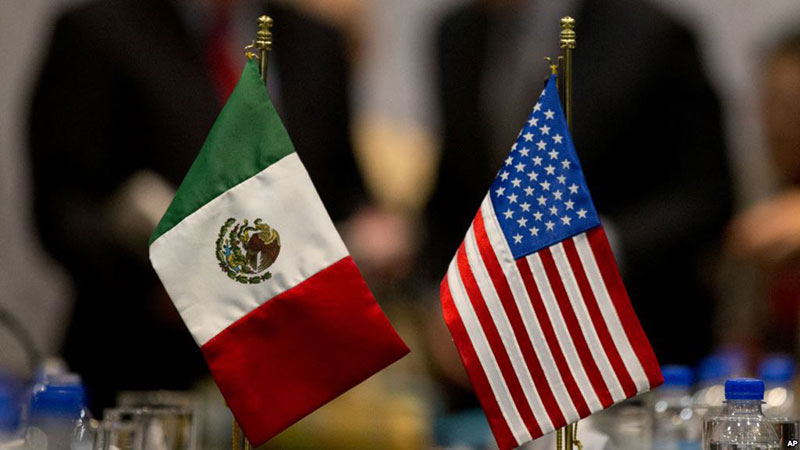 U.S. Wheat Associates (USW) represents the interests of U.S. wheat farmers in international markets. The organization is grateful to all its overseas wheat buyers, flour millers and wheat food processors for their strong preference for U.S. wheat and for their friendship. At a time when new circumstances have generated some uncertainty about trade, USW believes it is important to provide perspective on the long-standing, loyal relationship U.S. wheat farmers have with one of those customers: our neighbor to the south, Mexico.

Simply put, Mexico is one of the largest U.S. wheat buyers in the world, importing just under 3.0 million metric tons (MMT) on average going back many years. Mexico’s U.S. wheat imports typically only fall just short of the volume Japan imports. Not this year, however. In the first 7 months of marketing year 2016/17 through Feb. 2, Mexico’s flour millers have imported 2.4 MMT of U.S. wheat, which is more than any other country. That volume is up 5 percent over last year at the same time.

Breaking down their purchases by class, flour millers in Mexico generate strong demand for U.S. hard red winter (HRW) wheat. In 2015/16, they were the leading HRW importers and are taking advantage of the favorable prices and high quality of the 2016/17 HRW crop. At a current volume of about 1.4 MMT, they have imported 71 percent more HRW this year and again lead buyers of that class. A rising number of industrial bakeries, along with traditional artisanal bakeries, account for about 70 percent of wheat consumption according to CANIMOLT, the association representing Mexican millers. That puts HRW producers in a good position to meet that demand. Being closer to HRW production and having a highly functioning ability to import a large share of HRW directly via rail from the Plains states is an advantage for Mexico’s buyers.

In addition, Mexico is home to Bimbo, the world’s largest baked goods company, and an increasing number of cookie and cracker companies. The low protein content, soft endosperm and weaker gluten of U.S. soft red winter wheat (SRW) is well suited to the production of cookies, crackers and pastries, and serves as an excellent blending wheat. Millers supplying this growing market imported an average of 1.2 MMT of SRW between 2011/12 and 2015/16. With imports from the Gulf of more than 730,000 MT of SRW so far in 2016/17, Mexico is the top buyer of SRW again. USW and state wheat commissions from the PNW are also helping demonstrate how millers and bakers can reduce input costs by blending with U.S. soft white (SW).

As it does with all U.S. wheat importing customers, USW focuses on helping Mexico’s buyers, millers and food processors solve problems or increase their business opportunities with U.S. wheat classes. This effort, supported by wheat farmers and the partnership with USDA’s Foreign Agricultural Service, has fostered a productive relationship that has endured for decades through many challenges. More than 22 years of duty free access to the Mexican market under the North American Free Trade Agreement (NAFTA) certainly helped build the relationship.

Yet our customers there have many other sources of milling wheat to which they can turn. In response to rising world grain prices in 2008, Mexico lifted a 67 percent import tariff on wheat from outside the United States and Canada. In 2009/10, France made the first non-NAFTA origin wheat sale to Mexico since the trade agreement was implemented in 1995. Russian and Ukrainian wheat has been imported, too. To date, the tariff has not been reapplied and the Mexican import market is currently tariff-free for wheat from all qualified origins. Just this week, the leaders of Brazil and Argentina, both large grain exporting nations, said they would pursue closer ties with Mexico and other Latin American nations.

Looking ahead, NAFTA will likely be renegotiated. USW and wheat farmers understand that there are a number of elements of the trade agreement that need to be re-examined and modernized. The successful story of how U.S. wheat farmers and their customers in Mexico have worked together in a mutually beneficial way must be shared as part of the effort to update NAFTA. For now, U.S. wheat continues to flow to our customers in Mexico. During upcoming trade negotiations and beyond the eventual outcomes, wheat farmers, through USW, will continue to help and support the buyers from Mexico, as they would help and support their own neighbors.

Latin America is facing great challenges, with extreme poverty and hunger being some of the…
END_OF_DOCUMENT_TOKEN_TO_BE_REPLACED
https://www.uswheat.org/wp-content/uploads/MOA-Logos.png 498 1157 Steve Mercer https://www.uswheat.org/wp-content/uploads/USW-Logo-Full-Color.png Steve Mercer2022-11-18 17:02:122022-11-18 17:02:12USW, Other U.S. Export Organizations to Collaborate in South America on Nutrition and Food Security Activities