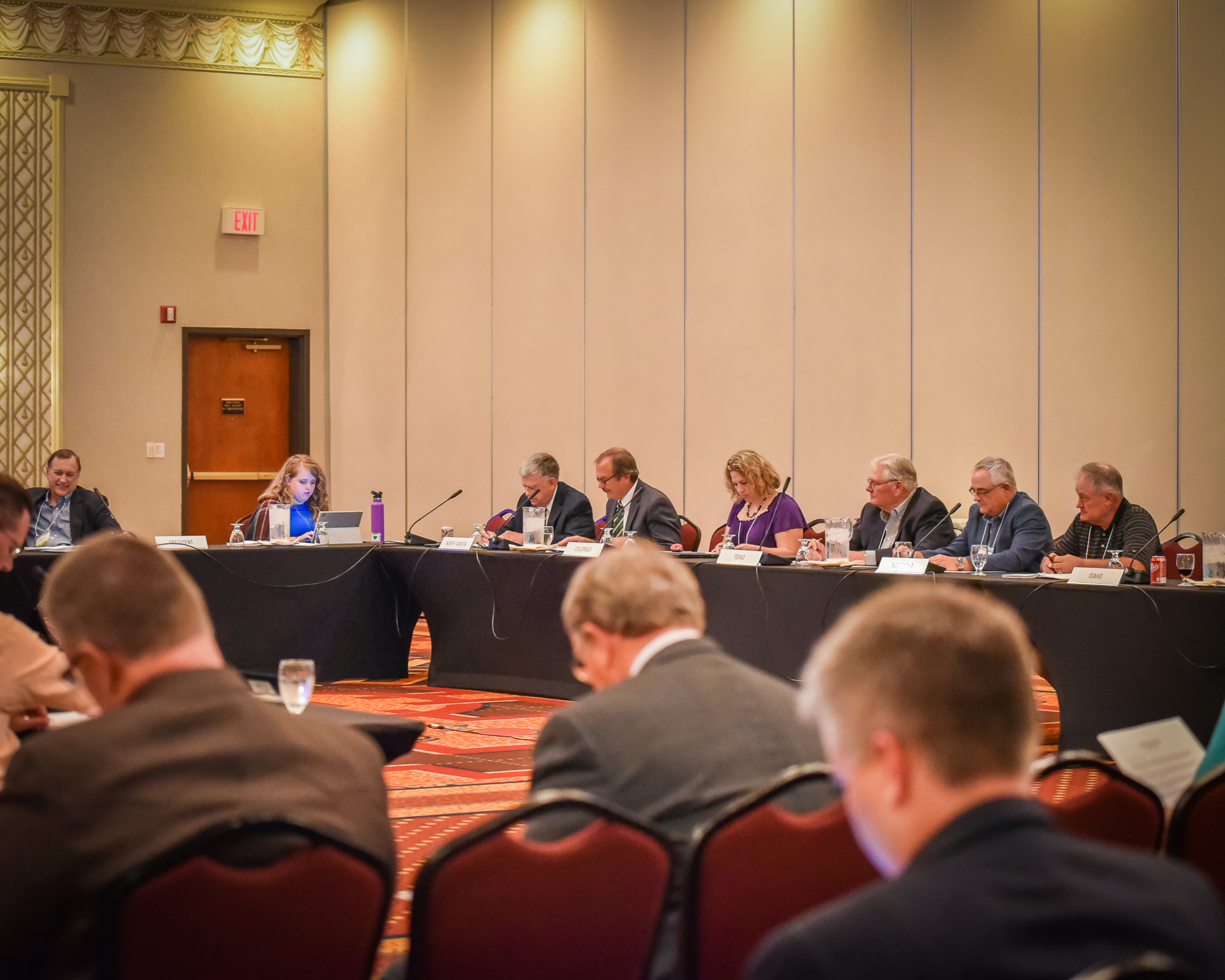 The two joint farmer committees of USW and the National Association of Wheat Growers (NAWG) met last week in Fargo, ND, for a policy update and to consider key issues facing the wheat industry. The joint committees were created more than a decade ago to enable and ensure close collaboration between the two organizations on policy priorities in trade and technology.

The Joint Biotechnology Committee, which has broadened its agenda to include a number of technologies, heard updates from private breeding companies on non-GM products they are rolling out to growers. Many of these companies are working to help increase efficiency and drive additional productivity. Two major updates included the continual development of hybrid wheat and products to produce better seeding rate recommendations.

The committee also heard from a researcher from Cibus, a company that has a process for producing gene-edited plants that do not contain any foreign DNA, but can yield substantial improvements for both growers and end-users. Recently they have focused on flax and canola, but according to the speaker, while they do not any active wheat projects, the technology could be readily applied in the wheat industry.

Staff presented additional detail about the domestic support study that was released earlier this spring. The study focused on wheat support policies in China and their impact on U.S. producers and producers in other exporting countries. In the U.S., the total farm gate losses are now estimated at $653 million, an increase of about $100 million from over a year ago, caused by the continued decline of world wheat prices amid burgeoning Chinese wheat stocks.

NAWG staff discussed TPP and possible windows for Congressional consideration this calendar year. Staff were confident that the U.S. Trade Representative’s (USTR) office has been working closely and making progress with Congressional leadership to prepare for eventual introduction of the legislative text ratifying TPP, even though the negative rhetoric on trade has increased dramatically from many political candidates during the U.S. election season. TPP would lower tariffs and import restrictions on wheat to the benefit of U.S. wheat farmers and their customers overseas.

Committee members also briefly discussed the current negotiating status at the WTO. Though negotiations on agricultural market access have been largely stalled for some time, progress is being made in other sectors including services and environmental goods. Progress in these other areas may provide a template for future agricultural negotiations. The next WTO ministerial, the most likely target for an attempt at agreement on some portion of unresolved issues, will be in December 2018. The WTO remains a key body for liberalizing trade and ensuring a rules-based trading system exists.