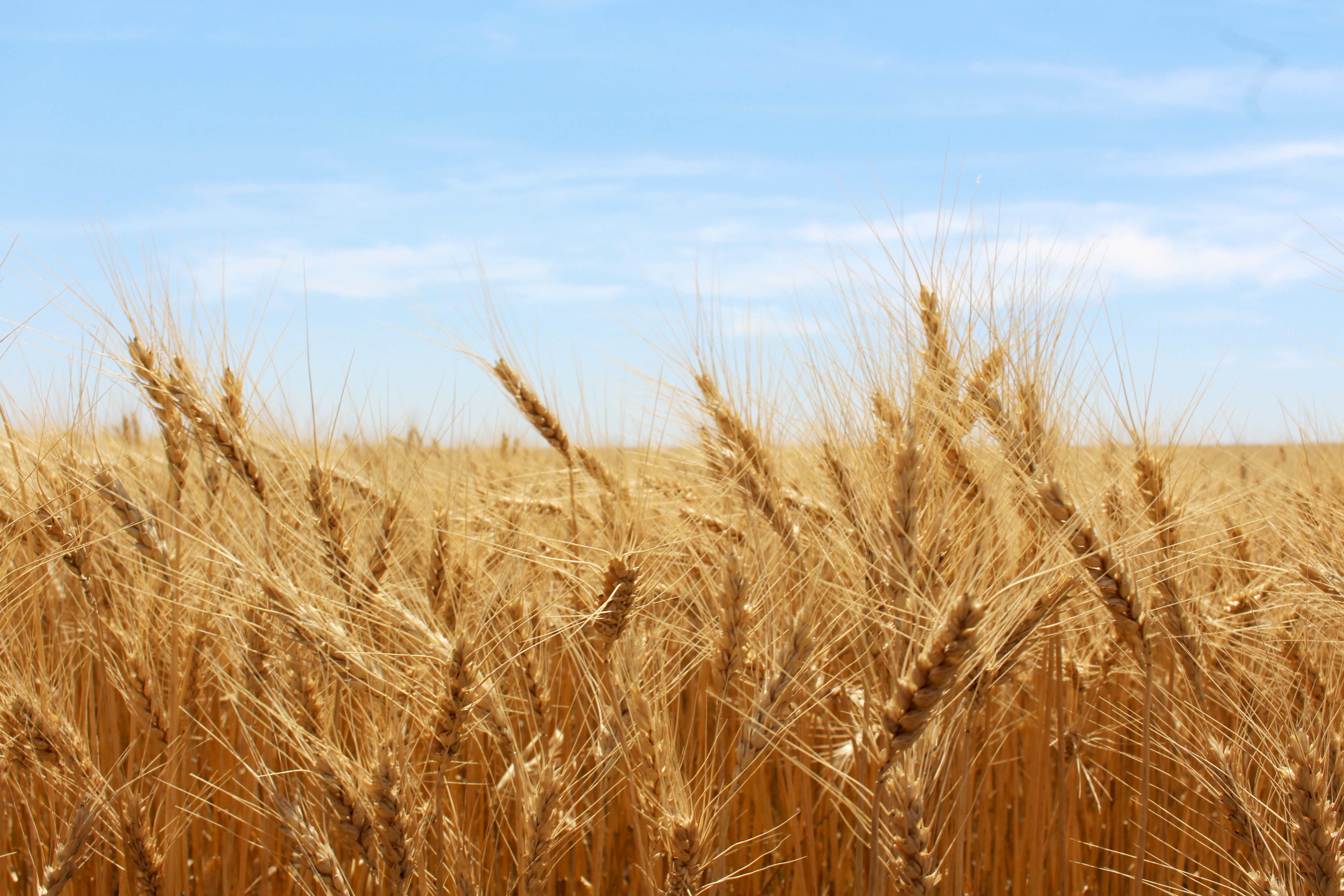 On Tuesday, Sept. 14, 2021, U.S wheat futures gained as much as 2% after key wheat-producing nations lowered their production outlooks. With harvest nearly wrapped up in the Northern Hemisphere, the most recent USDA Supply & Demand (WASDE) report brought an updated look at key exporting countries and regions.

The 2021 harvest is virtually complete with only a few pockets of hard red spring (HRS) remaining to be harvested and about 10% of the durum crop still in the field. Except for soft red winter (SRW), all U.S. wheat classes saw lower production compared to 2020/21. Proteins were all higher than the 5-year average and growing regions that saw longer periods of hot, dry weather, including the Pacific Northwest (PNW) soft white (SW) region and the state of North Dakota, where the bulk of HRS and durum wheat is grown, saw protein averages reach as much as 1.8 points above the 5-year average.

USDA forecasts U.S. wheat production in 2020/21 will total 46.2 MMT, down 7% compared to 2020/21 following lower than average yields for SW, HRS and durum. Total U.S. wheat exports are expected to reach 23.8 MMT, which is down significantly from last year.

Click here to read more about the 2021 U.S. wheat harvest. 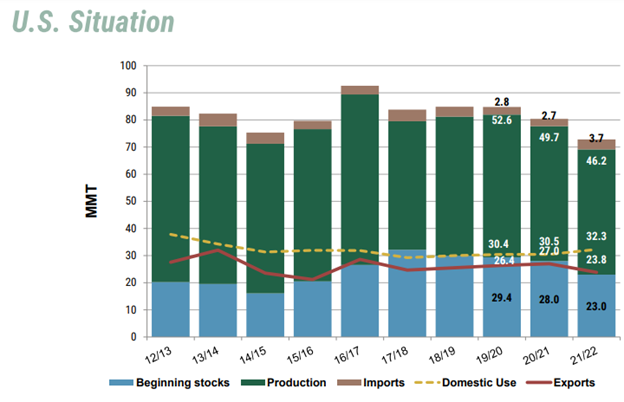 After a record-setting 2020 wheat harvest, Canada’s total 2021 wheat crop is forecast to drop sharply. Stats Canada, in its latest report released this month, used satellite images and other data to estimate production. The Western Canadian spring wheat crop is expected to be 15.3 MMT, a 41% drop compared to last year, which would be the smallest spring wheat crop since 2007. Total wheat production is projected at 21.7 MMT, down 38% compared to 2020/21. The decline in production is blamed on hot, dry weather that persisted throughout the growing season. 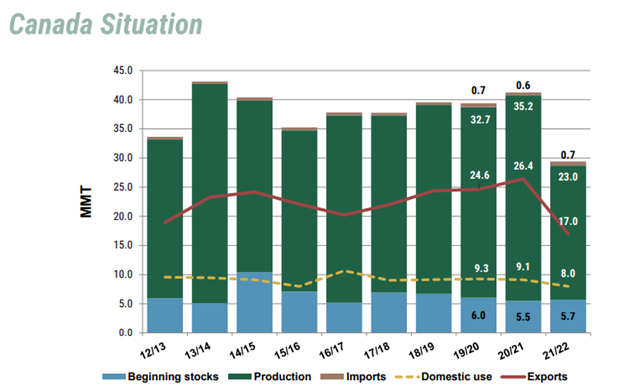 France’s farm ministry lowered its estimate for 2021 soft (non-durum) wheat by more than 600,000 MT this month following a wet summer. Despite the reduction, the ministry emphasized that the forecast was 24% higher than last year’s harvest and 8% higher than the 5-year average. Strategié Grains noted that wet weather towards the end of the growing cycle led to disappointing yields in France and Germany, while hot, dry weather early in the summer challenged the wheat crop in Poland and the Baltics. On the other hand, Romania and Bulgaria had record-setting yields this year. According to Romania’s agriculture minister, yields there were 5.34 MT/ha (79.4 bu/ac). Bulgarian wheat production was up 51% compared to last year reported AgriCensus. Despite the increased production, persistent rain caused concern about milling quality with decreased test weight and falling number reported. 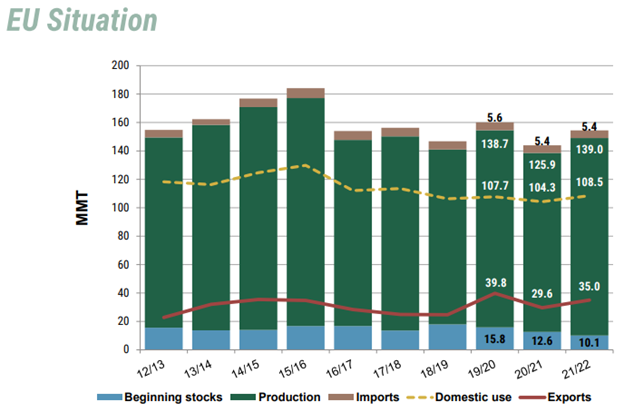 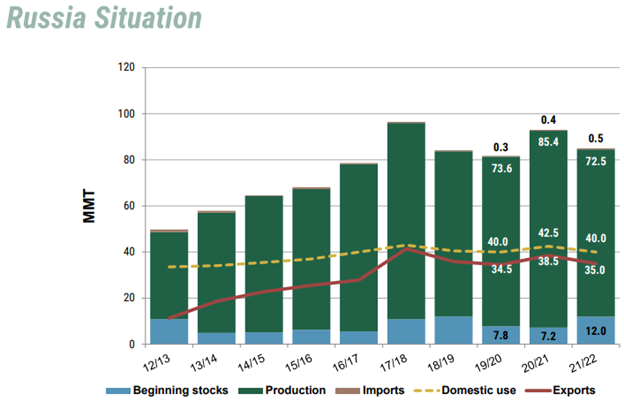 An autumn drought last year reduced Ukraine’s winter grains planted area, but officials said farmers plan to plant 10% more winter wheat this year. The agriculture ministry reported the wheat harvest complete with 32.8 MMT in the bin with a yield of 4.66 MT/ha (69.20 bu/ac). The current wheat harvest is a record for the Black Sea exporter, and yields are 22% higher than last year’s reported AgriCensus. In 2021, Ukraine’s grain exports could reach 80.6 MMT according to their agriculture ministry. The latest WASDE report forecasts Ukrainian wheat exports to be 23.5 MMT, up significantly from last year.

Australia’s Bureau of Agricultural and Resource Economics (ABARES) reported “exceptionally favorable” growing conditions for the second year in a row and adjusted its wheat forecast up 17% to 32.63 MMT. The latest WASDE report forecast Australian wheat production at 31.5 MMT, up 1.5 MMT compared to the August report.