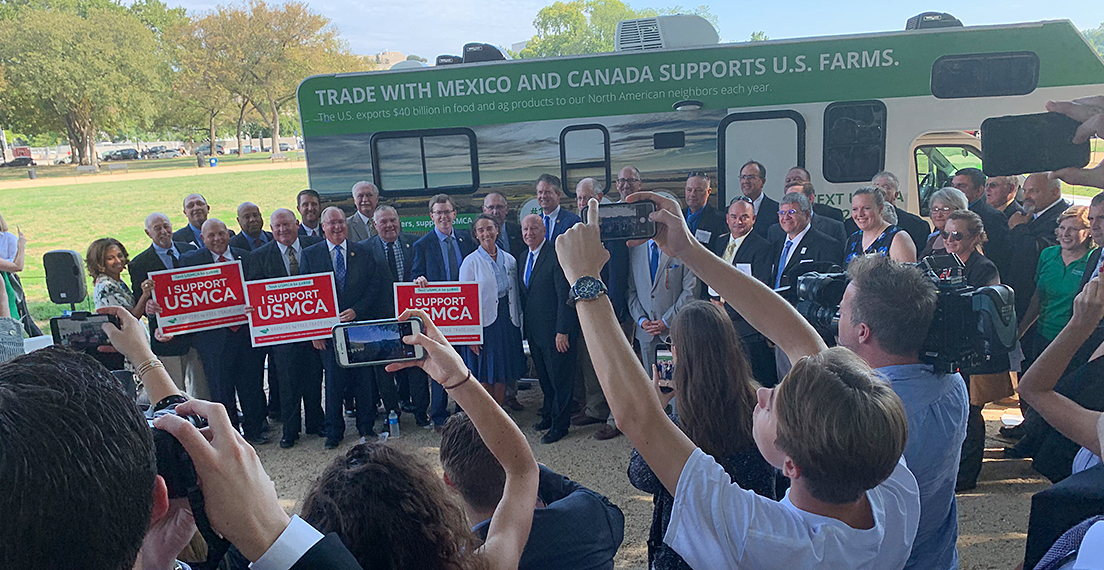 The U.S. wheat industry is speaking out boldly on the need to pass the United States-Mexico-Canada Agreement (USMCA) this year.

Speaking at a widely attended rally sponsored by Farmers for Free Trade on Capitol Hill today, Ben Scholz, a wheat farmer from Lavon, Tex., said agriculture and wheat farmers desperately needs a win in trade and “passing the USMCA will put us in the right direction.”

As President of the National Association of Wheat Growers (NAWG), Scholz was representing all U.S. wheat farmers and, by proxy, their loyal customers in Mexico, at the rally. Members of Congress, including House Agriculture Committee Chairman Collin Peterson and Ranking Member Mike Conaway, as well as other farm leaders attended the event to discuss how USMCA provides growers with improved market access while maintaining the zero-tariff platform.

“Over the past five years, Mexico has consistently been the top market for U.S. wheat exports,” said Scholz. “USMCA retains tariff-free access to imported U.S. wheat for our long-time flour milling customers in Mexico. Further, the Agreement takes an important step towards fixing the Canadian grain grading system which automatically designates U.S. wheat imported as the lowest grade wheat which puts America’s wheat growers at a competitive disadvantage.” 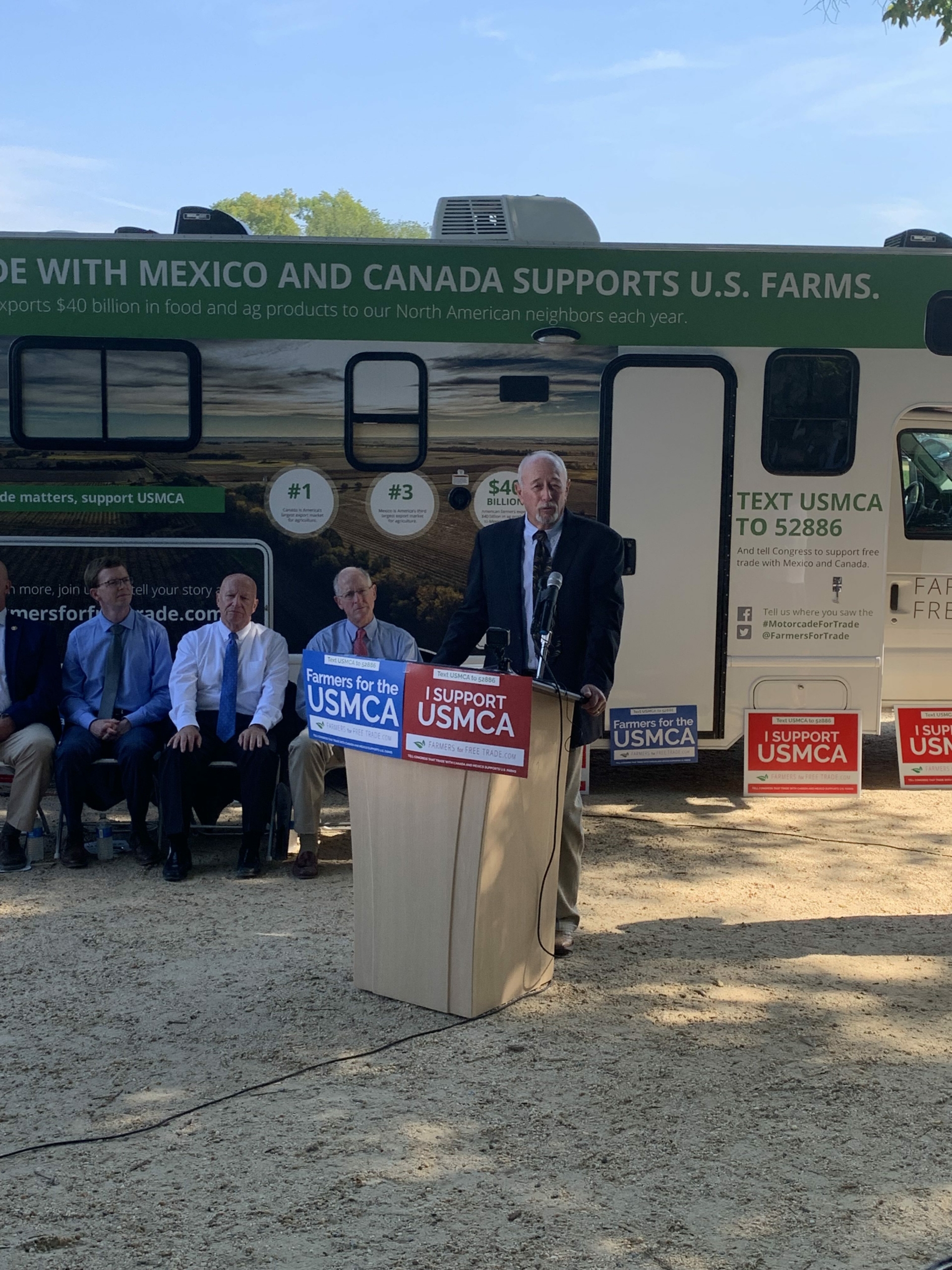 On behalf of wheat farmers, NAWG is a member of Farmers for Free Trade, which is very focused on getting USMCA passed, including sponsoring #MotorcadeForTrade to highlight the importance of ag trade with Mexico and Canada and passing USMCA. In June 2019, NAWG joined nearly 1,000 groups representing the U.S. food and agriculture value chain at the national, state and local levels in signing a letter supporting USMCA passage. This week, Ben was also joined by fellow NAWG growers from several other states to meet with more than two dozen congressional offices to urge swift consideration of USMCA.

NAWG and U.S. Wheat Associates (USW) applauded the three countries for working together to finalize USMCA. This agreement includes important provisions for wheat farmers. Retaining tariff-free access to imported U.S. wheat for Mexico is a crucial step toward rebuilding trust in U.S. wheat as a reliable supplier in this important, neighboring market.

USW thanks Ben and the entire NAWG organization for their efforts representing wheat farmer interests in Congress.

About NAWG
NAWG is the primary policy representative in Washington D.C. for wheat growers, working to ensure a better future for America’s growers, the industry and the general public. NAWG works with a team of 20 state wheat grower organizations to benefit the wheat industry at the national levels. From their offices in the Wheat Growers Building on Capitol Hill, NAWG’s staff members are in constant contact with state association representatives, NAWG grower leaders, Members of Congress, Congressional staff members, Administration officials and the public.