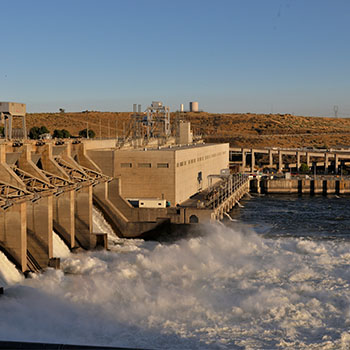 “The dams play a vital role in providing a safe, efficient and affordable way for wheat farmers to get their product to market,” said NAWG CEO Chandler Goule. “We are glad the recommendations released by Senator Murray and Governor Inslee recognize the role these dams play in agriculture and acknowledge dam breaching is not feasible at present.

“However, we remain concerned and opposed to breaching as it would be detrimental to wheat growers across the region. Last month, NAWG filed public comments outlining our concerns, whereby other modes of transportation cannot simply replace barging. Wheat farmers move grain most efficiently by using the waterway instead of rail or truck while reducing greenhouse gas emissions. NAWG remains committed to working with our federal partners and stakeholders to meet the challenge of helping facilitate a healthy river ecosystem while supporting wheat growers.”

The Idaho Wheat Commission produced the video story above about the Columbia Snake River System and its irreplaceable role in the Pacific Northwest U.S. wheat production and export system.

USW has also shared the following information about  the Lower Snake River dams: