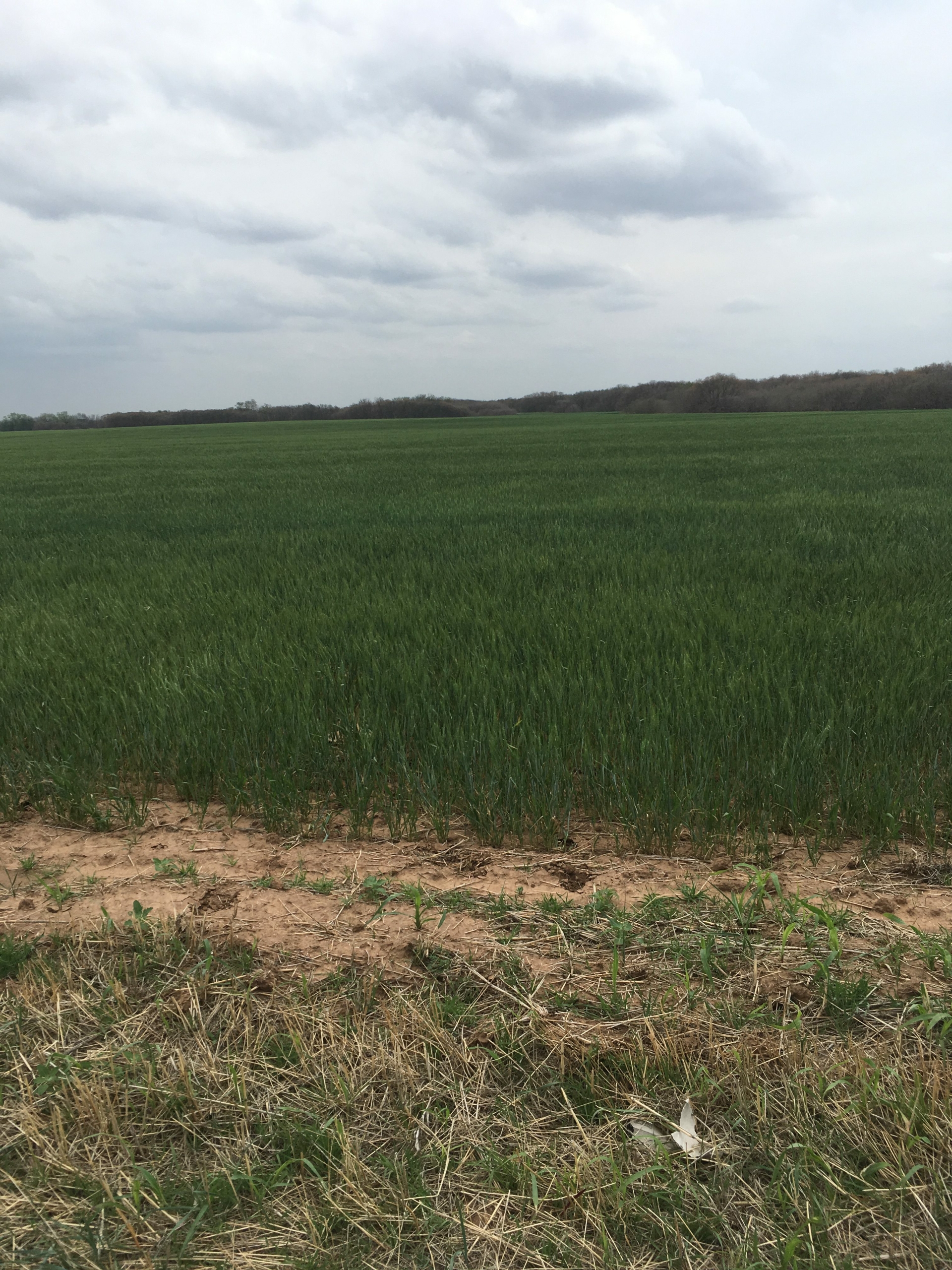 This week I joined the annual Wheat Quality Council (WQC) Hard Red Wheat (HRW) Tour for an early survey of the new crop. Each year, participants gather in Manhattan, Kan., and spend the next two and a half days in small scout teams, randomly stopping at 14 or more fields in a full day along the same routes followed for many years. The teams measure yield potential, determine an average for the route and estimate a cumulative average for the day when all the scouts come together in the evening. Last year, tour participants faced snow and muddy fields. This year, the snow is a distant memory, as fields on days one and two were all bone dry. A violent storm rolled through central Kansas on Day 2, which cut some scouting short, but brought much needed moisture to the wheat fields.

On the first day, the tour traveled from Manhattan along several routes covering most northern Kansas counties. The cumulative Day 1 average yield potential was 38.2 bu/ac, which is equivalent to about 2.57 MT per hectare, compared to 43.0 bu/ac (2.89 MT per hectare) in 2017. To reach that average, participants surveyed a record 317 fields recording a range from a low of 17 bu/ac to a high of 93 bu/ac. We saw very short wheat that was two to four weeks behind developmentally. Fields were very dry, which has prevented disease establishment, but threatens yield potential.

Participants also received a report on the Nebraska and Colorado wheat crops. Nebraska estimated an average 43.0 bu/ac (2.89 MT per hectare) for a total production estimate of 43.7 million bushels (1.19 MMT), down roughly 7 percent from last year’s tour estimate. Colorado estimated an average of 35.0 bu/ac (2.35 MT per hectare) with total production estimated at 70 million bushels (1.90 MMT), down 19 percent year-over-year, if realized.

On the second day, the tour traveled on routes that led from the city of Colby to Wichita, making 284 stops. The number of observations was up significantly from last year due to much better field conditions this year, though severe weather including tornados and hail, did cut some scouting short. Scouts reported most wheat was one to two weeks behind normal development, but continued to see very little disease pressure. This year, the tour estimated Day 2 average yield at 35.2 bu/ac (2.37 MT per hectare), for a combined two-day average of 36.8 bu/ac (2.47 MT per hectare) across 601 stops. Last year, the combined two-day average was 44.9 bu/ac (3.02 MT per hectare) on 427 stops.

Participants also received a crop report from Oklahoma, where drought conditions severely impacted the panhandle of the state which received less than 0.1 inch (less than 0.5 cm) of rain between September and mid-February. The estimated average yield in Oklahoma is 24.8 bu/ac (1.67 MT per hectare), for a total production estimate of 54.8 million bushels or about 1.49 MMT. If realized, that would be down 44 percent year over year. With decreased yield potential, many farmers have chosen to graze out the wheat fields to feed hungry cattle whose pasture has been impacted by the drought as well. As a consequence, harvested area in Oklahoma is expected to be sharply lower in 2018/19.

The third and final day of the tour was shorter, with each car making three to four field stops on the way from Wichita to Manhattan for the final report. The Day 3 estimated average yield was 39.8 bu/ac, (2.67 MT per hectare) across 43 stops.

View highlights and photos from the tour by searching #wheattour18 on Facebook and Twitter. The WQC also sponsors a spring wheat tour in the Northern Plains in July. For more information, visit the Council’s web site at https://www.wheatqualitycouncil.org.

Latin America is facing great challenges, with extreme poverty and hunger being some of the…
END_OF_DOCUMENT_TOKEN_TO_BE_REPLACED
https://www.uswheat.org/wp-content/uploads/MOA-Logos.png 498 1157 Steve Mercer https://www.uswheat.org/wp-content/uploads/USW-Logo-Full-Color.png Steve Mercer2022-11-18 17:02:122022-11-18 17:02:12USW, Other U.S. Export Organizations to Collaborate in South America on Nutrition and Food Security Activities