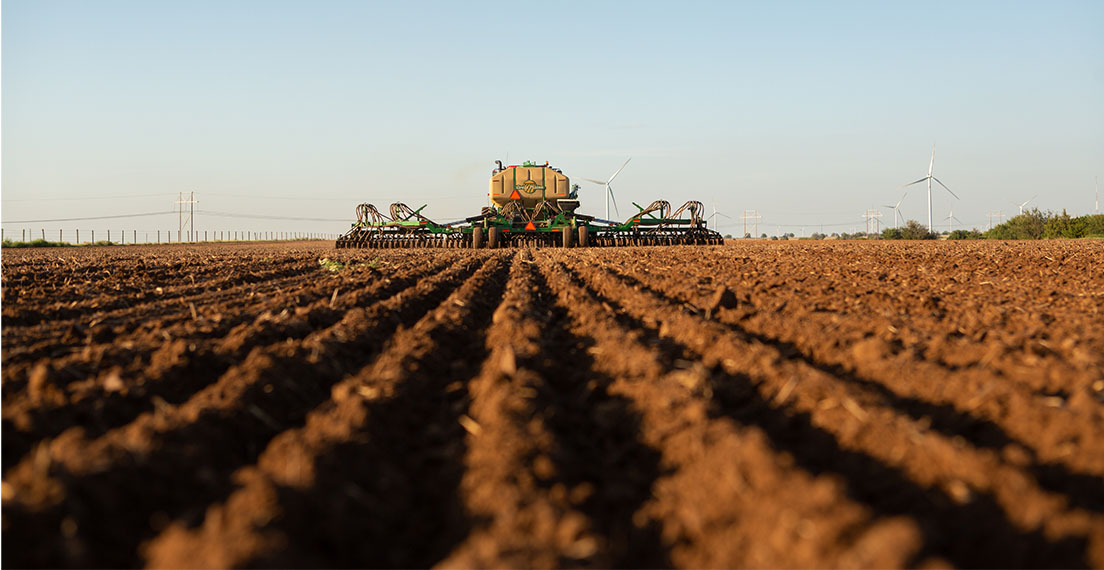 With winter wheat prices remaining at or less than the cost of production and with a very wet planting season, it is no surprise that many U.S. farmers chose to plant slightly less winter wheat for harvest in 2020. USDA’s 2020/21 Winter Wheat Seedings report, released Jan. 10, reported U.S. farmers planted 30.8 million acres (12.5 million hectares) of winter wheat, down slightly from 2019/20 and 7% less than the 5-year average of 33.2 million acres (13.4 million hectares). Decreases for HRW and white winter wheat more than offset an increase in SRW planted area. USDA noted that this is the second smallest number of winter wheat acres on record. 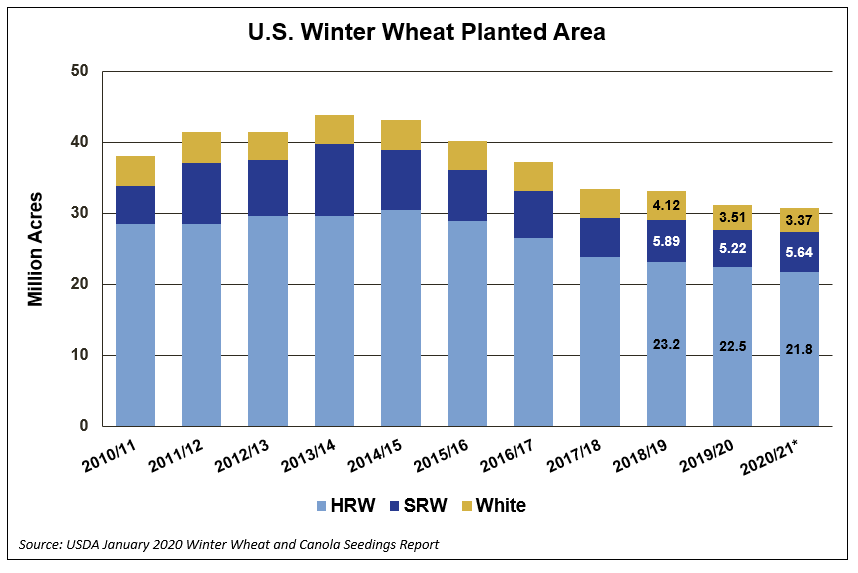 “This didn’t just happen overnight,” says Royce Schaneman, executive director of the Nebraska Wheat Board. “State-wide plantings have been trending down for a number of years due to poor marketing conditions.”

According to Tadd Nicholson, executive director of the Ohio Corn and Wheat Growers Association, the state’s SRW planted area increased 12% over last year to 560,000 acres (227,000 hectares) due to ideal, timely planting conditions following a miserably wet spring which left many corn and soybean acres unplanted.

“It was one of the craziest years for weather in Illinois,” says Mike Doherty, interim executive director of the Illinois Wheat Association “It was the third wettest year on record and most of the precipitation fell in the first eight months. Farmers were beside themselves trying to manage other crops through the wet weather. Across the state, corn and soybeans were harvested 30 to 60 days late. You just can’t plant winter wheat if you can’t get the other crops out of the ground.”

There is also SRW grown in areas of Texas and Campsey reports that “strong marketing opportunities and better, dryer planting conditions for SRW compared to last year’s overly wet field conditions led to a significant increase in SRW acreage year-over-year.”

Durum. Winter durum planting in the southwestern United States is estimated at 70,000 acres (28,300 hectares), up 9% from 2018 but 41% less than 2017. Arizona and California plant Desert Durum® from December through January for harvest May through July.