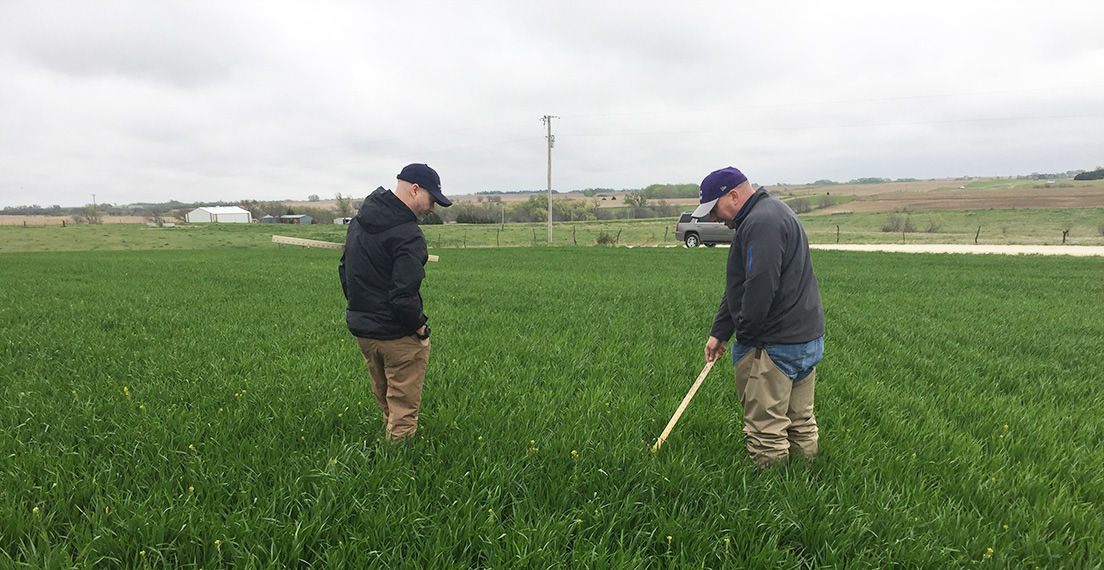 About 45 people from 13 U.S. states traveled on six routes across Kansas May 18 to 20, stopping at wheat fields along the routes to assess crop conditions and yield potential, as part of the 2021 Hard Winter Wheat Tour sponsored by the Wheat Quality Council.

What they found is perhaps a more productive crop than many had anticipated. The tour estimated an average yield potential of 58.1 bushels per acre, equal to 76.49 kilograms per hectoliter or 3.91 metric tons per hectare.

While an estimated 7.3 million acres of wheat were planted in the fall, the Kansas wheat crop varies in condition based on planting date and amount of moisture received. What Mother Nature has planned for the rest of the wheat crop year remains to be seen (harvest is likely 4 to 7 weeks away), but the tour captures a moment in time for the yield potential for fields across the state.

Every tour participant makes yield calculations at each stop based on three different area samplings per field. These individual estimates are averaged with the rest of their route mates and eventually added to a formula that produces a final yield estimate for the areas along the routes. The WQC held the hard winter wheat tour about 3 weeks later in May this year and more than half the fields were headed out. That allowed use of a different yield potential calculation than if the fields had not yet headed.

Recent rains across the central and southern Plains that gave tour scouts muddy boots helped improve crop conditions, especially for early seeded crops, and in northern and central Kansas that had not been stressed by dry conditions.

On May 18, tour scouts made ­­­171 stops at wheat fields across north central, central and northwest Kansas, and into southern counties in Nebraska. The calculated yield average that day was 59.2 bushels per acre, which was 12.3 bushels higher than the yield of 46.9 bushels per acre from the same routes in 2019. 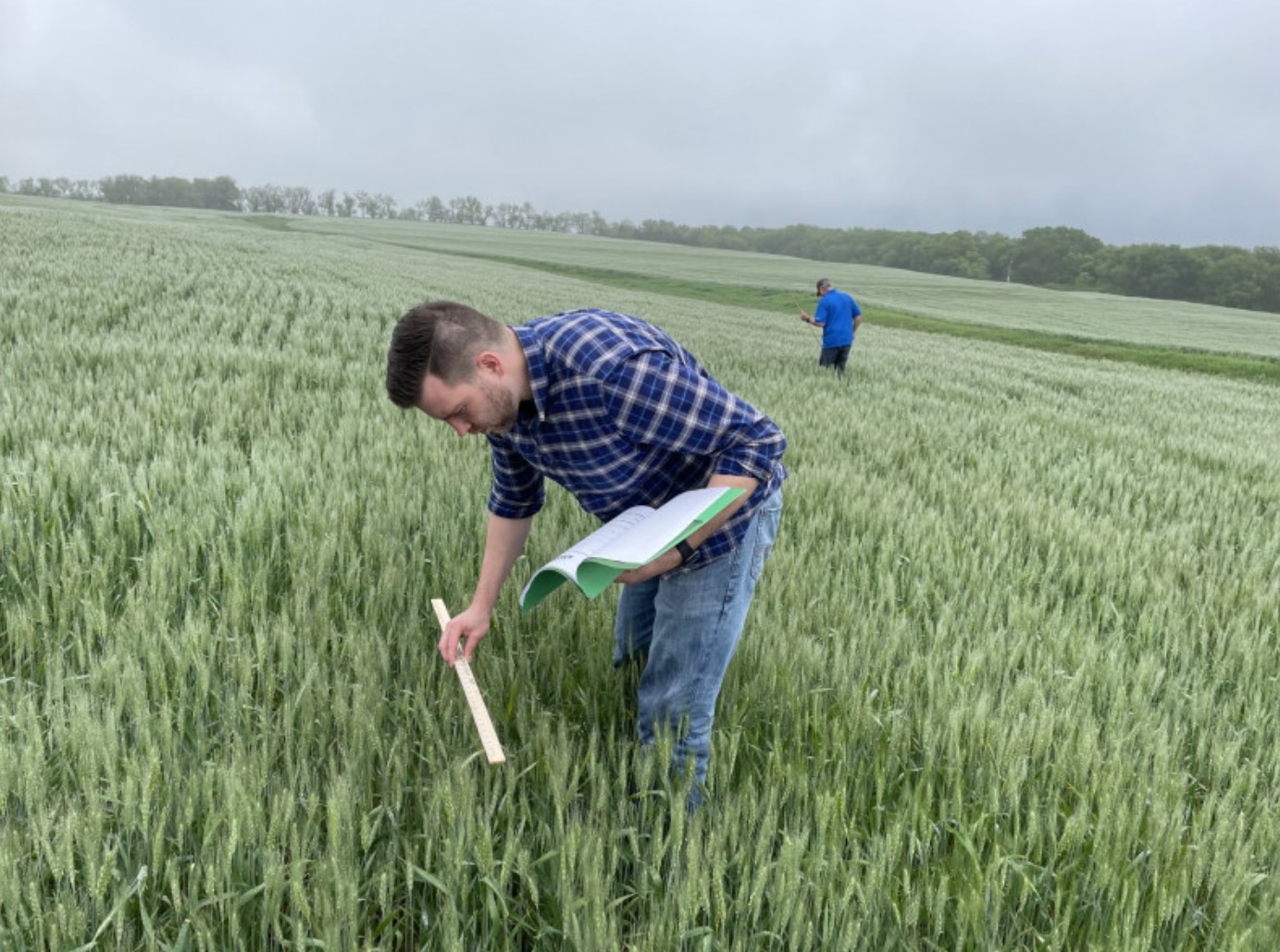 A scout in the 2021 Hard Winter Wheat Tour takes a measurement that will be used to help calculate the yield potential of this Kansas wheat field.

The hard winter wheat tour continued May 19 with six routes covering western, southwest and south-central Kansas as well as some northern Oklahoma counties. The scouts made 164 stops in wet fields from rain received over the past several days. The wheat in southwest Kansas still looks rough, but crop conditions improved as the tour moved east.

The calculated yield from all cars this day was 56.7 bushels per acre. Tour participants remarked that those yields seemed high because the formula used to calculate yield potential does not take disease, weed nor pest pressure into consideration. Scouts saw some instances of wheat streak mosaic virus, stripe rust and Russian wheat aphid. Many of the fields with rust had been sprayed with a fungicide.

The official hard winter wheat tour projection for total production in Kansas is 365 million bushels or 9.94 million metric tons (MMT). This number is the average of estimated predictions from tour participants who gathered information from 350 fields across the state. Based on May 1 conditions, USDA’s National Agricultural Statistics Service (NASS) predicted the Kansas crop to be 331 million bushels, with a yield of 48 bushels per acre, or 9.1 MMT. The NASS estimate is 18% more than its 2020 estimate at the same time.

Tour participant discussions from each day of the 2021 hard winter wheat tour are posted at https://www.youtube.com/c/KansasWheat.